What Will Apple Subscriptions Harvest? 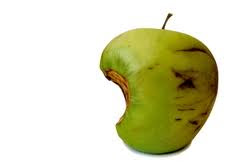 Below is the press release from Apple re their new subscription service which is in line with what was generally expected. The muddy area is with respect to subscriptions outside the app and how this is to be handled as Apple clearly don’t get paid but also want to have the same offer inside the app and to process this through their own system.However, publishers are not allowed to provide in-app links to let customers sign up outside their apps, and Apple stipulates that in-app subscription prices remain either the same or less than their counterpart offers.

If I am an existing customer who signed up outside of Apple what happens on renewal? Do I opt for the convenience of doing it inside the app or go outside the app to renew? The renewal will be the same, the price should be the same, but if done inside the app, does Apple now claim 30%? Also worth noting is that Apple state that automatic subscription renewals would stop if a publisher raised its price, which raises the question again how renewals are done and who owns who.

If I build an app to service what may be a B2B subscription do Apple expect to be able to offer this inside the app?

When a subscription is bought inside the App Store, customers will have the option to give the publisher access to their name, e-mail address, and zip code. Publishers can ask customers for more information as long as a clear choice is provided to opt-out. The obvious question then is who owns who?

Basically Apple are saying that publishers must accept Apple's subscriptions, or they can't be on the App Store and the subscriptions offered inside must be the same price or less as any other offerings. Finally, and the apps can no longer link to an outside store where users can purchase content.

The demand that all app commerce must reward Apple is as bad as last year’s edict that only Apple tools can be used to build apps. It is a stand that works when everyone is an Apple follower, but only alienates others and promotes them to compete. The rise in Android and greater adoption of the Kindle platform are obviously things that Cupertino can’t see but as we move into an ‘on-demand world’ do they expect 30% of everything and if they do we envisage a backlash.

Subscriptions purchased from within the App Store will be sold using the same App Store billing system that has been used to buy billions of apps and In-App Purchases. Publishers set the price and length of subscription (weekly, monthly, bi-monthly, quarterly, bi-yearly or yearly). Then with one-click, customers pick the length of subscription and are automatically charged based on their chosen length of commitment (weekly, monthly, etc.). Customers can review and manage all of their subscriptions from their personal account page, including canceling the automatic renewal of a subscription. Apple processes all payments, keeping the same 30 percent share that it does today for other In-App Purchases.

“Our philosophy is simple — when Apple brings a new subscriber to the app, Apple earns a 30 percent share; when the publisher brings an existing or new subscriber to the app, the publisher keeps 100 percent and Apple earns nothing,” said Steve Jobs, Apple’s CEO. “All we require is that, if a publisher is making a subscription offer outside of the app, the same (or better) offer be made inside the app, so that customers can easily subscribe with one-click right in the app. We believe that this innovative subscription service will provide publishers with a brand new opportunity to expand digital access to their content onto the iPad, iPod touch and iPhone, delighting both new and existing subscribers.”

Publishers who use Apple’s subscription service in their app can also leverage other methods for acquiring digital subscribers outside of the app. For example, publishers can sell digital subscriptions on their web sites, or can choose to provide free access to existing subscribers. Since Apple is not involved in these transactions, there is no revenue sharing or exchange of customer information with Apple.

Protecting customer privacy is a key feature of all App Store transactions. Customers purchasing a subscription through the App Store will be given the option of providing the publisher with their name, email address and zip code when they subscribe. The use of such information will be governed by the publisher’s privacy policy rather than Apple’s. Publishers may seek additional information from App Store customers provided those customers are given a clear choice, and are informed that any additional information will be handled under the publisher’s privacy policy rather than Apple’s.

The revolutionary App Store offers more than 350,000 apps to consumers in 90 countries, with more than 60,000 native iPad™ apps. Customers of the more than 160 million iOS devices around the world can choose from an incredible range of apps in 20 categories, including games, business, news, sports, health, reference and travel.

Apple designs Macs, the best personal computers in the world, along with OS X, iLife, iWork, and professional software. Apple leads the digital music revolution with its iPods and iTunes online store. Apple is reinventing the mobile phone with its revolutionary iPhone and App Store, and has recently introduced its magical iPad which is defining the future of mobile media and computing devices.