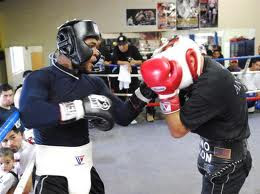 Sony Music UK have apparently denied a report from Australia's The Age this week suggested that Sony's new Music Unlimited service marks the beginning of a move away from Apple iTunes. Michael Ephraim, head of Sony Computer Entertainment in Australia, stated that it could well be time for Sony to review its partnership with Apple and iTunes flippantly commenting , "Does Sony Music need to provide content to iTunes?'

Some would suggest that publishers are being held to ransom by Apple and it ever changing rules as it strives to earn a value share of everything sold on its platforms. Sony already have one huge spat with Apple over Apple’ds rejection of Sony’s ebook app. Another service Sony plan to launch later this year will enable mobile phone users to pay and play first generation PlayStation games on their handsets. Again this looks like a head to head crash between Apple and Sony.

It is an uneasy situation with content aggregators building cross device platforms whilst content publishers grapple to keep control of their content and pricing and device manufacturers, such as Apple, still remain firmly aligned to selling tin and software but want more.
Posted by Martyn Daniels at Tuesday, February 15, 2011