Borders Take the First Step On The Road to Nowhere? 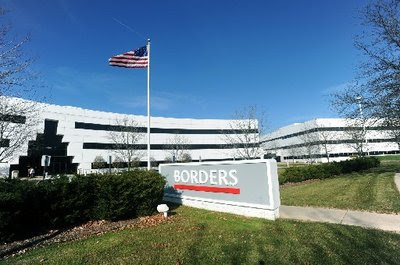 Today Borders finally filed for Chapter 11 bankruptcy protection in a Manhattan Federal Court. The total debt is $1.29 billion and it lists the top 30 unsecured creditors listed with publishers and distributors being owed some $230 million. Borders expect to close some 200 of their 642 stores but will continue to trade under Chapter 11.

Chapter 11 is not the end of Borders and many US companies have come back from Chapter 11 and now a lot depends to the fincial restructuring and appointed management services. A lot also depends on their now somewhat strained relationship with suppliers.

It’s ironic that like others, they failed to see the threat of Amazon and the consumer trend online. By the time the woke up some seven years later, found a market dominated by Amazon and a thriving online book space. Even with ebooks they decide to partner and spread their bets. They were ideally positioned to go multi media but as music, games and Video went online they were left with cavernous spaces to fill and a name not synonymous with online. o, building loyal relationships with millions of customers. The fact is that others, such as WalMart, Costco etc, were also after their customer and revenues, and were squeezing them further.

Does any market now need or can they even support more than one bookchain? Does the chain have to be on the High Street or can it now operate on the virtual High Street?
The bottomline is that the industry looses yet another link in the existing chain and it is highly likely that Amazon will step up to capture the customers and business. It is hard to see Borders coming out of Chapter 11 without some serious downsizing and refocusing and time is not on their side to do this.