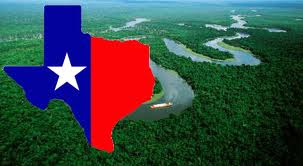 Tax can be taxing and those who think that business will always pay the price have had another potential wake up call this week. Amazon in long had a dispute with Texas state atre threatening to take their business elsewhere. Texas are claiming Amazon has to pay collect sales tax to the tune of some $265 million.

Amazon’s battles with US states over tax are not new and only last year, it won a case against North Carolina's Department of Revenue, which had demanded records of 50 million customers' transactions between 2003 and 2010 in a dispute over unpaid tax. The state had passed a law demanding all residents to pay taxes on online purchases but those retailers who operate outside of the state can't be forced to collect state taxes. However the state tried to claim duty for the years Amazon had worked with a network of local affiliates. In court the judge ruled the records North Carolina sought were protected under the US constitution's first amendment.

In order to avoid a similar challenge Amazon cut links with affiliates in Rhode Island and Hawaii where laws similar to North Carolina had been passed. Amazon sued the State of New York in 2008 over its law forcing big-name online retailers to collect sales tax on all goods shipped to the state.

Amazon has been appealing against the Texas demand but now are apparently saying that they are not only scrapping plans to expand their Texan facilities, which would have brought tens of millions of investment dollars into the state and created over 1,000 new jobs, but may abandon the state and shut its Irving distribution facility in the Dallas Fort Worth area.

Texas are standing resolute stating that if you have a physical business presence in the state of Texas, you owe sales tax and estimates Texas loses $600 million annually in uncollected sales tax from all Internet-based sales. The US challenge is firstly one of consistency across states with the lure of neighbouring states often being more response to accommodate the investment and jobs. The challenge for Amazon is creating a logical physical distribution network and also accommodating local affiliate sales.

We are now living in a global world that is taxed locally and inconsistently and this is not just a US state issue as the same applies across trading blocks such as Europe. Any none US resident business or individual wishing to ‘publish’ a ebook on Amazon or the major aggregators today has to grapple with US tax irrespective of where in the world the sales occur. Taxing only the businesses that have facilities in the state and not taxing those outside the state appears to be equivalent to self harm.

The Examiner, reports in an exclusive interview with Texas Republican Gov. Rick Perry, that he believes that Amazon's decision to leave the state was ‘a result of a wrong decision by the state comptroller’.

Perry says that it was ‘not the decision I would have made… Texas should be a bastion for businesses not one where they're sitting there going 'we'd rather go over to go to Oklahoma where we could get a better deal .’
Perry notes that the Amazon distribution centre was a warehouse without a storefront. ‘You couldn't go in and buy anything out of that store, and that, historically, has been the way we defined whether you pay taxes or not -- if you had a storefront. This obviously didn't have a store front. It was specifically there to manage products that need to be shipped out.’
The stupidity of the situation is that the law is open to interpretation and although some would claim that Amazon has an unfair advantage over Main Street retailers. On the other hand Amazon would claim that they pay their taxes and have made a significant investment that others choose not to make and that investment brings in significant money into the local infrastructure and economy.
There is no straight answer as both sides are right and wrong. The hypocricy is that some states choose to raise sales tax on Amazon and others don’t and without tax harmonisation this will not be easily solved.
Going after the big corporations this way is not the answer as they just move out and can operate over state borders.