Who Wins As Bookselling Suffers? 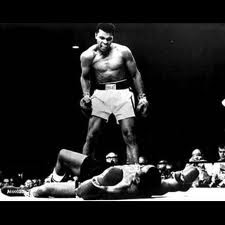 We are hardly 7 weeks into the New Year and we have already had more bad news on the book publishing High Street than in the whole of last year and probably the year before that!

Yesterday The RED group, owners of Angus & Robertson and Borders bookstore chains in Australia, and Whitcoulls stores in New Zealand, went into voluntary administration. The impact of this on franchise stores and jobs still remains unclear, but it removes miles of book shelves from the High Streets of Australia and New Zealand. This bad news follows only one day after Border went into Chapter 11 and effectively shut down a third of its outlets across the US. More bookshelf space lost. The UK is not immune with Waterstones under serious threat and closing stores and British Bookstores going under. We also have not to forget that this is happening in parallel to the biggest planned and threatened closures in UK public libraries.

These may look like localised bad news, but in terms of English language books this is a serious loss of miles of shelf space. We all presume that the slack will be taken up by the Internet and primarily by Amazon. Some believe that ebooks will just happen faster and that people will not only migrate online, but also to digital books.

It’s interesting to note, that the day major chains went into precarious waters, Kobo, the ebook aggregator supplying the chains customers, declared that they were still open for Border’s business for all those who had bought their ebooks from the chains. Kobo has built a healthy global business partly on the back of these chain’s brands need to be seen to be digital.

Kobo state, ‘the Borders ebook experience is powered by Kobo, an entirely separate company from Borders. Kobo is financially secure and will continue to maintain your ebook library no matter what happens… Kobo will continue to provide ebook services to Borders customers through Borders.com and Borders apps and desktop software. You shouldn’t notice any difference in terms of service or selection.’

Perhaps it’s a case of the ‘The King is dead. Long live the King.’

However, before we pass off this bad news as mere evolution and change, we should step back and understand what the true impact of this reduction of shelf space means to the ecosystem of book publishing.

Does the search for volume sales drive publishers into doing more high discount deals, or what is often termed as ‘special sales’ with supermarkets? As these retailers have demonstrated they will drive down the price narrow the range and will only entertain books if they make their square footage contribution.

It is difficult to envisage the Independents being able to take up the slack. If fewer inventory is going through the traditional channel, will this impact the economics of the current supply chain?

Publishers may have moved to shorter print runs, but the economics of publishing aren’t exactly short term, so decisions based on channels and sales margins may now prove suspect. We have seen the shift in the reward structure of authors and it is easy to see publishers becoming increasingly wary of risk.

We see the High Street retailer as the vulnerable player today, but you can’t remove miles of shelf space without impact
Posted by Martyn Daniels at Thursday, February 17, 2011

Australian readers don't like paying three times the price for books in their "bricks and mortar" chains compared with what they pay using sites like Book Depository. I don't exaggerate, from a book reader's point of view, the price charged by these Australian bookshops has resulted in this self-fulfilling prophecy. At least US and UK bookshops have adapted a bit (or more than a bit) to the internet, but these Australian chains seem to have been incapable of adaptation or dealing with a changed world. (Some European countries are in a similar boat to Australia.)

Martyn Daniels said...
This comment has been removed by the author.
10:56 am

Maxine i don't disagree that discounting is a tool that retailers have to use, but the issue i am trying to grapple with is 'where's the money?'

As we see brick and mortar shops fail, or cut their margins to the bone, the only winner is the consumer. Interestingly, the market is not growing despite this clear win for consumers. So consumer demand is not responding to grow the market.

The question I raise is what is the impact on publishing?

A lot of business may flourish today but that doesn't mean that they will tomorrow, it just means that they do today. Publishing is a 'many to many' supply chain and if this is consolidated at any point, what is the economic impact on the rest of the chain? Who wins today and who suffers tomorrow. If you look at any supply or workflow with a blockage or pinch point you often find that in addressing this merely moves the problem to the next link. Supply chains are only as strong as the weakest link.

Finally, I love the Book Depository and rate them very highly, but if authors change their modus operandi and publishers start to change is the model there still to support their model of hard buying and volume sales?

The biggest challenge books have today is them being undervalued and cheapened to pure commodity pricing such as Asda's £1 books. Cheaper than the greeting cards and potential as interchangeable.