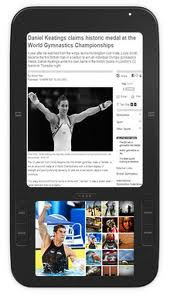 CES 2010 was the springboard for ereaders with many new devices coming to the market. It was clear that there would be casualties and that one eink reader looked and was priced very similar to another. Last year we saw Plastic Logic QUE ProReader stumble along with the REX family and we now have Spring Design’s Alex eReader biting the dust.

The Alex reader caught many people’s attention due to it having dual screens and a little wrangle with Barnes and Noble over who came first. The Android-powered dual-screen device had both a 6-inch eInk display and 3.5-inch capacitive LCD touchscreen.

Why it and others failed is down to a thousand and one reasons not least of which is that consumers tend to minimise their risk and basically create and back winners not also rans. A device by itself is just a lone device going nowhere. A device that is part of a broader ecosystem and who that is tied to a platform offer such as Amazon and Kobo make sense. Also we have to acknowledge that not many local offers will survive unless they are effectively operating in a huge ‘local’ market such as Barnes and Noble.

So who is next to fall on their sword and do we care? The market is getting stronger but that doesn’t mean that it can accommodate more ‘lookie likies’ it just means its getting stronger.
Posted by Martyn Daniels at Thursday, February 24, 2011