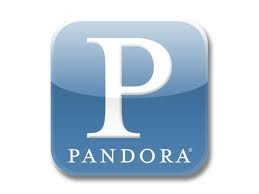 Europe has Spotify and the US has Pandora and both are redefining how we listen to music on demand. Their models are similar in that they stream music but different in their construct, but both seriously question the need to own music tracks in the conventional way. Both have been highly successful, attracting millions of users and both have had a major impact on the economics of the music business.

Now in a wave of confidence, Pandora have filed for an IPO.

Some of the claims from their listing:

Importantly they enable both national and local advertisers to reach individual listeners based on their age, gender, zip code and music.

The future of internet radio and Pandora looks rosy and they now plan to; develop their advertising offer without compromising the music experience for our listeners, build their Ad Sales Force and Support Organization, expand their platform reach, expand globally outside the US and handle other content formats.
Posted by Martyn Daniels at Saturday, February 12, 2011