Publish and Be Dammed? 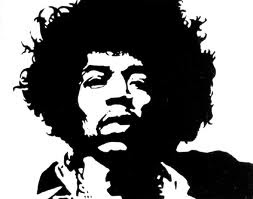 In September 2006 The Sunday Times giveaway a CD which featured 10 tracks from a live performance by The Jimi Hendrix Experience which were recorded at London's Royal Albert Hall in February 1969 and included classics such as Purple Haze, Sunshine of Your Love and Foxy Lady. Over 1.3m copies of the CD were given away.

Hendrix died aged 27 in London in 1970 but the paper failed to get permissions from his estate and now face damages to be around $250,000 after losing a high court copyright infringement case. The Hendrix estate represented by Experience Hendrix and Last Experience, launched their legal action 3 ago.

The high court was told by lawyers for Times Newspapers that the Times's promotions team said that they where contacted only days before the planned CD giveaway and that it was too late to withdraw the covermount from the newspaper. There only alternative would be withdraw the polybag containing the CD which would obviously create confusion and that it was also to late to cancel planned TV and radio advertising.

A film of the Hendrix's 1969 London concert and the two companies claimed that this had been delayed in part by the Sunday Times's free CD and the negative impact it would have on UK earnings. In his ruling Sir William Blackburne said that the Sunday Times covermount had delayed by a year the receipt of $5.8m in earnings to Experience Hendrix and Last Experience from the Hendrix concert film. He ordered Times Newspapers to pay damages equivalent to one year's interest on that sum.

An intresting case of publish and be dammed.

A further update article on Out-Law.com
Posted by Martyn Daniels at Saturday, August 07, 2010