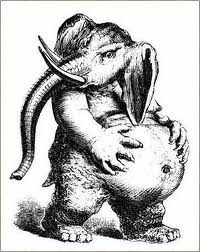 It now official that the only ereader to have a longer gesticulation period than an elephant is dead! The Que ProReader has been officially cancelled by Plastic Logic, which says it will focus its efforts on a second-generation product.

"This was a hard decision, but is the best one for our company, our investors and our customers," said Plastic Logic CEO Richard Archuleta. "We plan to take the necessary time needed to re-enter the market as we refocus, redesign and retool for our next generation ProReader product. We continue to perfect our core plastic electronic technology and manufacturing processes that are central to our product's unique value proposition."

The problems it now faces are that it has a credibility issue in the market with those who once believed being sceptical second time, the market moving at a pace which is hard for ‘outsiders’ to get market traction, the price point has shifted considerably and will only go one way and at the top end it now faces tablets and increased functionality it may not be geared to match. Its original appeal was to business and to newspapers which have had to vote with their feet. It hasn’t the conent or market position or brand to compete effectively in the ebook market and it lowered its sights it will still find it hard to compete against Amazon, Kobo, B&N Google Editions and even Sony.

The real losers are the investors who backed a slow horse and rather than focus on the second generation ,perhaps given their speed to market, they should think about the third generation instead.
Posted by Martyn Daniels at Wednesday, August 11, 2010

Elephants are widely known to be rapid, precise gesticulators.

However they are known to take years to gestate.