Twitter is a thing you either love or hate. It certainly belongs in the real time world but often 140 characters brings out both the best and worst of worlds, with many searching for those extra words not written. The UK Conservative leader, David Cameron was caught on radio saying, ‘Too many twits can make a Twat’ and unfortunately had to apologise for his use of words. 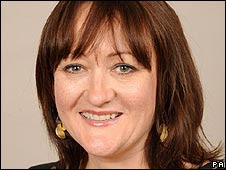 Now the experts in political spin doctoring, the Labour Party, have given their MP Kerry McCarthy, ahead of the next election, the job of improving the party's use of social media sites such as Twitter and Facebook. So we have a Twitter Tsar in the making.

Can you imagine some of the classic twits from this government: ‘Gordon’s on holiday back in 8 weeks, enjoy’ or ‘In debt and want a loan on very good rates, call us’.

McCarthy denied politicians were jumping on the bandwagon by using sites like Facebook and Twitter, arguing they were merely an extension of traditional campaigning. She told LabourList, "Rather than being something completely new, campaigning using new media is simply doing what we've always done in a new setting - and rather than replacing traditional ways of doing things, it is about making traditional campaigning methods even more effective." She even described John Prescott, who blogs on the Gofourth website as "one of the best communicators - no soundbites, no pretensions - just very natural", a "great example" of how to use the internet to get a political message across. McCarthy also said: "Voters will increasingly be searching the web to find out what we think about the issues – all our candidates need to start building up that online collateral from now."

Twitter, Facebook, blogs, you tube, text all are today’s communication vehicles and therefore its safe to assume they will be used by all. The question is whether spam and sounbites will replace commentary and detail?
Posted by Martyn Daniels at Monday, August 17, 2009