Read Comics and More on a Sony PSP 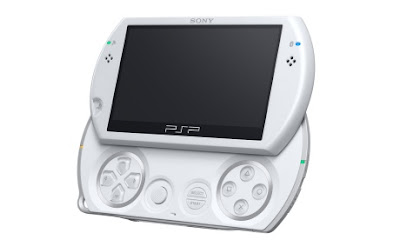 Sony is facing increasing competition in the handheld gaming space with new threats from the likes of Apple, which can offers a portable games experience on its iPhone and iPod touch devices. They are also under threat from the likes of Nintendo, who are already offering much more than games on their consoles.

The Sony PSP Go, goes on sale in later this year and is aimed at restoring Sony’s position. The device is half the size and weight of the original PSP (PlayStation®Portable) has 16GB of flash memory and allows users to store thousands of songs, photos and games on the device and so compete head to head with Apple. It also has a slide-out control pad, Bluetooth, as well as a memory card slot to expand its storage limit.

Marvel Digital Comics are going portable on the new Sony PSP go service to be launched later this year. The new service will offer a library of Digital comics from several sources including the leading ones from Marvel such as, Spider-Man, X-Men, StarTrek and the Fantastic Four

The user will be able read page by page or frame by frame from wherever and enables then pick up the latest digitized editions from any Wi-Fi hotspot, download, build a library of comics and importantly widens the reach of the PSP to provide more entertainment on the go. The intuitive Autoflow feature allows the user to zoom in and move from frame to frame on each digital page, mimicking the way your eyes would move across a print page from left to right.

This brings us to question where convergence ends. Will we soon have a gaming console that is a phone and can compete with a netbook? The only one device that stands outside of this convergence is the eInk ebook reader. Can eInk sustain its postion or will users decide that colour beats shades of grey? It looks as if Sony are backing two horses but will the consumer understand this or be confused?
Posted by Martyn Daniels at Thursday, August 20, 2009

The PSP as ereader is smart of Sony, and - it's just cool. I'm a 40-something bookish married woman who has never played a handheld video game (unless, of course, you count 1978's"Merlin the Electronic Wizard" http://www.youtube.com/watch?v=3_c0IBsUQo0), and I am seriously considering getting a PSP.

As for Sony's backing two horses, I'm not a fan of eink devices. Both as a publisher, and as a reader, I see them as way too limiting. But, that's just me.

I think there are enough people out there who really do just want a dedicated e-reading device. no bells and whistles - and no potential distractions to the reading experience. Just a convenient way to get the textual content of their books into one portable device.

In other words, different readers are looking for different reading experiences at different times. I don't think it's so much whether one or the other type of device will win out, but who will make -- and successfully market -- the most desirable of each type (dedicated and multi-purpose).

I recently came across your blog and have been reading along. I thought I would leave my first comment. I don't know what to say except that I have enjoyed reading. Nice blog. I will keep visiting this blog very often.

That is the proper weblog for anyone who desires to search out out about this topic. You understand so much its nearly hard to argue with you (not that I truly would want…HaHa). You undoubtedly put a new spin on a subject thats been written about for years. Nice stuff, simply great!