EMI versus MP3tunes: A Question of Safe Habour 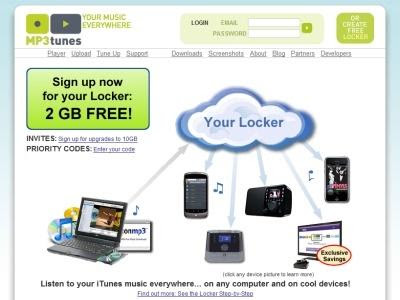 We have often raised a question of whether the “safe harbour” provision of the Digital Millennium Copyright Act (DMCA) work. Our point is that it is a reactive process and depends on the party whose copyright has been infringed raising the appropriate notice and by the time the material is taken down the cat is probably out the bag and had many kittens. However, the recent Viacom versus YouTube found that the site was not liable for illegal content uploads, because it didn’t encourage them and quickly removed them.

Now we have a New York federal court deciding on another case between EMI and cloud based music service MP3tunes. MP3tunes enables users to store their music and access it from computers and mobile devices and also operates Sideload, a music search engine which allows users to discover music tracks and then copy them to their own space. They claim that their service only enables users to store their music online so they can listen to it anywhere and that it can’t held responsible for copyright infringement and are shielded from liability by the “safe harbour” provisions of the DMCA.

EMI claim that MP3tunes and Sideload represent a two-step mechanism for the discovery and acquisition of copyright music. EMI claim that MP3Tunes ‘does not own the music it exploits; nor does MP3tunes have any legal right or authority to use or exploit that music.’

The legal debate is also about whether someone who bought an EMI CD, ripped it to their computer and uploaded it to MP3Tunes for their own use and so they can listen to it anywhere, is in breach of copyright. It is further clouded by EMI initially claiming they did not place free downloads on the internet and that MP3tunes should have know that any their music on the internet was copyrighted. This was exposed when it was accepted that EMI had given away free copies of songs to the likes of Walmart, Amazon.com, MySpace, Facebook, Google, hoping the songs would go viral. The problem was that they went viral in a way the had not bargained for and made their somewhat righteous stance appear somewhat hypocritical when they had no way of distinguishing many of the music tracks they had leaked online with the tracks they accused MP3tunes of infringing.

Last week, the Electronic Frontier Foundation (EFF), filed an amicus brief along with others asking the court to protect the “safe harbour” provisions of the DMCA. DMCA defendants fear that the case could go beyond online music storage and impact e-mail, photo and video storage applications.

We don’t like DMCA and safe habour but until we can find a better way its what we have today. Closing down DMCA through this action could have serious implications on social network services and digital restictions on both legitimate as well as infringing material. Many say we should learn from music industry and yet again they are in showing us what not to do.
Posted by Martyn Daniels at Sunday, November 21, 2010