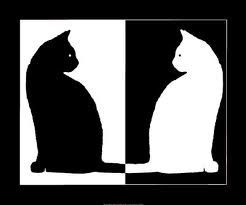 A lot of the debate between the Galaxy Android tablet is to do with whether you are a Apple fan, or sceptic looking for options and alternative deals. Steve Jobs has a knack of creating iconic devices, but at the same time an equally annoying knack of alienating many with his moral high ground approach. Some sits on the other side of the fence to Apple and suggest that Jobs lacks the ability to compromise, but then others love him for the same reason.

The Galaxy Tab is smaller and lighter than the iPad, has two cameras, runs Flash, offers multitasking and is cheaper. Apple are likely to address the camera issue in their next model and what new benefits the Galaxy has today may be short lived. Apple are expected to enable multitasking under iOS 4.2 and are dismissive, in the way they only can, of the smaller screen form and of course of Flash.However, there's a lot of Flash content out there today and anyone who thinks differently, should browse the Web with an iPad and see just how much there is!

Some believe that apps are the clear difference between Apple and the Android offers. However all the major apps are available in multiple platforms and one has to question just how many of the more niche ones actually matter. It is also interesting that iPad buyers don't appear to buy many apps as opposed to the number they buy on the iPhone. There is new rumour that Apple now are about to change their app policy again and restrict applications that are mere content ‘wrappers’. This could be an issue for publishers who have started to create single title apps. The issue maybe that there may be a danger of there being just too many apps! The question if this were to happen is how apps for 'enriched' titles will be treated. Those who believe that it would not impact them should note Apple's latest stand on moving music unilaterally to 90 second samples on iTunes, irrespective of what anyone said.

So as we await the next new tablet the world looks to be polarising and reminds us of those early PC versus Mac, OS2 versus Windows days when you either liked the Beatles or the Rolling Stones.
Posted by Martyn Daniels at Friday, November 12, 2010