EMI: Another One Bites The Dust? 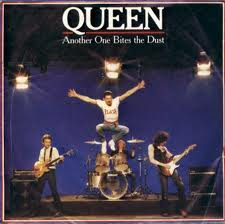 How often do we hear the cry to learn from the digital mistakes of others? The finger often rightly points to the catalogue of mistakes that the music producers have made and the mess they have created in their wake. But it appears that it’s not just digital moves that some have got wrong and a close look at EMI today should certainly send out many warning shots to those who think they can walk on water.

EMI has struggled with the decline in record sales, reading digitisation trends and repositioning itself and also a general slump in the music industry. EMI owners Terra Firma had sued Citigroup for its advice during his acquisition of EMI in 2007, but admitted in court that EMI was only worth half the £4.2m he paid for it. The court ruling now brings into question whether it can meet the £2.6bn of debt repayments to Citigroup and whether it has to be sold or broken up.

On top of the loss of their high profile legal battle of last week with Citigroup has come the news that the British band Queen have parted with EMI after 40 years and signed to Universal Music Group. A label is only as good as its artists and since the EMI group was taken over by private equity firm Terra Firma in 2007, it has lost the likes The Rolling Stones, Paul McCartney and Radiohead. EMI Music still is home to artists such as Pink Floyd and Coldplay and the back catalogues of artists like The Beatles, Beach Boys, and Frank Sinatra, but is that enough? Queen's Universal deal covers the world outside North America, but they will loose a the wealth of re release opportunities of the group's global hits like "Bohemian Rhapsody," "Crazy Little Thing Called Love," and "We Are The Champions."

The usual suspects are lined up waiting to pounce on EMI. Warner Music Group and BMG Rights are thought to be hovering awaiting the potential pickings from what will be a fire sale. If this happens the music business will have shrunk even further.
Posted by Martyn Daniels at Monday, November 08, 2010

£4.2billion not million as quoted above