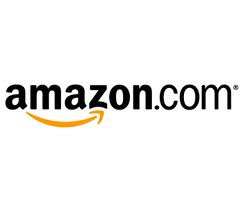 So you think you know what Amazon is but think again as the global brand makes more media moves which although small show just how savvy the organisations.

The first announcement that Amazon.com is launching Amazon Studios.

The new Amazon Studio website lets users upload scripts and sample movies and then use community tools to evaluate and edit each others' work. Its like a film slush pile which will then enable works to judged by a panel of experts and Amazon executives. The best will be then taken to Warner Bros, who Amazon has signed a first-look deal with. If they succeed there then could be feature films under the Amazon Studios production label.

In making this move Amazon start to address that often broken link between the studios and the creators and its certainly a move that would appeal to many would be script writer and budding directors and technicians. The deal would give Amazon an 18 months exclusive "option" on the work and although filmmakers and screenwriters may not like the idea of now cash for their options it is bound to appeal to those aspiring ones who want to make that first rung of the ladder. However, the highest rated material will get monthly and yearly cash prizes which to the end of 2011, the prizes will total $2.7 million. Amazon take options to Warner Bros. and if they pass to other studios. Successful writers and directors whose option is turned into a theatrically released film by a studio would get paid $200,000 by Amazon.

Amazon claim that Amazon Studios is not a vanity publishing or a project to get low budget movies made to support Amazon’s businesses.

The second is Amazon's acquisition of small literary publisher ‘The Toby Press’.

Amazon in acquiring The Toby Press to secure publication rights of some 120 works of 61 authors. These will be republished as print editions under Amazon's own publishing imprints, AmazonEncore and AmazonCrossing and also publish Kindle editions for Kindle devices and Kindle apps.

So is the Toby Press a purchase to establish the issues involved in running a publishing operation so that they learn small with low risk. If so will their next move be more consolidation of smaller presses or to bite off a far bigger house with what will be chump change? Some would suggest the the move is more to do with posturing and showing the market that it is capable of moving swiftly and vertically very fast. Some suggest that it is genuine move to pick up small and attractive publishers such that they can offer exclusive content, after all you can’t see Apple or Google lining up to buy publishers.

It is interesting to look back at prosperous 18th century London booksellers such as Robert Dodsley who were all large copyright owners we quote from, The Life of Robert Dodsley, “… for the real money lay in ownership of copyrights, not in the retailing… booksellers were the entrepreneurs who purchased rights from authors, and, binding to others, merchandised and finished the product through advertisement and trade distribution.”

Amazon is certainly turning into a vertical force in publishing and one that is clearly capable of using its brand to do the same across 'media'.


To read the press release on the acquisition of Toby Press http://phx.corporate-ir.net/phoenix.zhtml?c=176060&p=irol-newsArticle&ID=1498303&highlight=

To read about Amazon Studio from LA Times http://latimesblogs.latimes.com/entertainmentnewsbuzz/2010/11/amazoncom-going-into-movie-producing-with-new-website-first-look-deal-with-warner-bros.html
Posted by Martyn Daniels at Thursday, November 18, 2010

this is hard to read at times

it gets in the way of the story

you're clearly smart and the subject is interesting