UK Copyright Review Must Listen To All Sides 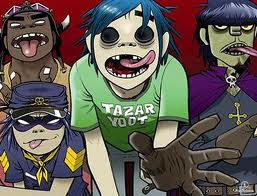 Nearly a decade ago, I received an invitation to a big BBC lunch to look at the digital world. I turned up to join a group of teenagers and geekie characters in sneakers and hoods, feeling somewhat over aged and out of place. We were all allocated to sit at tables with top executives and over lunch discussed the digital world known then only to my fellow guests. I walked away realising how little I knew and wondering if the BEEB could absorb the wealth of information and advice. To their credit the BBC learnt and applied a lot in some of their subsequent ventures.

Now David Cameron has announced that the UK’s intellectual property laws are to be reviewed over the next six months and this could lead to them being relaxed to allow greater use of copyright material without the owner's permission. He appears influenced by Google’s founders who had apparently told the UK government they could not have started their company in the UK. He certainly is impressed by the US fair use laws and ‘to encourage the sort of creative innovation that exists in America.’

The previous government’s review produced The Digital Economy Bill which was welcomed by some but raised many objections and clearly was a rushed job with many dots not being joined up.

Larry Lessig gave a really interesting and thought provoking TED presentation on copyright. The most salient statement was when he said that the older generation watch TV and listen to music but the that the younger generation now make TV and make music. However, the law often views the sampling and representation of material as wrong and makes criminals out of people for the wrong reasons. We have to find ways to change how we view and respect copyright material. Yesterday’s laws and rules that work in the physical world fail in the digital one.

The challenges for the review are significant with copyright owners on one side wanting to maintain tight control and revenue streams and the public on the other wanting more freedom to share, express themselves and exploit digital opportunities. The interesting question now is, who the review will consult and whether it is brave enough to accomadate those that the BBC learnt so much from? It must listen not just to industry bodies, publishers and technology corporations but also to authors and consumers and those who we may regard as 'pirates' today.
Posted by Martyn Daniels at Thursday, November 04, 2010