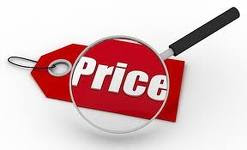 We don’t welcome back the Net Book Agreement in the UK and especially through any backdoor and have written before of this somewhat valueless move.

We now have three major trade house setting or ‘fixing’ the prices of their ebooks in the UK. Anyone now wishing to sell their books must sell at the price the publisher sets and the commercial terms are on a fixed commission basis. We also now have two major retailers refusing to play and even after publishing an open letter objecting to the practice, Amazon have understandably capitulated. As Amazon's commission is now guaranteed on all ebook sales, some will suggest Amazon is secretly rubbing their hands at the move.

The statement from HarperCollins in yesterday’s Bookseller states, " Experience has shown in the US, where the market is more mature, this is the best way to stimulate competition by offering good value to consumers and maximising the number of channels to market."

However, some would suggest that ‘good value to consumers’ is illogical as value is determined by price. In this case the price goes up and will no doubt go up again with 20% VAT in the New Year. Some would also question just how it maximizes the number of channels to market if two of the UK’s major retailers channels aren’t playing and Amazon was clearly taken there against its will. Finally, the US experience matters little, as it is a very different market,is covered by different laws and different business relationships. Some would suggest that once again the US parents are probably demanding their UK children step in-line.

So why are we not going whole hog and bringing back fixed retail pricing for all books? After all its deep discounting fears that is driving the latest hysteria. We now have a consumer muddle with a wholesaler pricing model for physical books and an agency fixed price model set by publishers for ebooks. A reseller can't offer a discount even if they wanted to. Yes the recent poll in the Bookseller came out in favour of the agency model, but that is hardly consumer based research and some would suggest that is like asking communists party members in China to vote against the state.

When America's book publishers wrested control of e-book prices from Amazon earlier this year and established this new agency model, the results where predictable prices went up. Amazon started to make money on loss leaders and it was hardly consumer orientated, but there again it was hardly done by consumer facing people.

So where is this all leading? If ebook sales are only expected to capture some 15% to 25% of market share over this next 5 years, will authors really benefit from this dual market? Will it favour best selling front list and penalise mid and back list authors? Will mid and back list authors vote with their feet and go for the higher prizes available for going alone and price point at a level that earns them more whilst clearly differentiating themselves for this non value pricing?

If publishers set the price then they become effectively the reseller and in some cases liable for more than just setting the price. Under agency, publishers can experiment with prices as much Amazon did before agency agreements were established but can they react and change prices as effectively across the market? How will they bring prices down or will they simply stay at the original price set. Publishers are once removed from consumers and this is only going to demonstrate how big that gap is.

If agency pricing is aimed at creating a level playing field for all retailers to compete evenly on ebooks, we would suggest that no one wins a beauty contest in an ill fitting one piece standing next to a stunning Amazonian in a cute bikini. Levelling price is not the answer and some would suggest not why we got into this net ebook agreement.
Posted by Martyn Daniels at Tuesday, November 02, 2010

I remember the original NBA = Net Book Agreement in a time when books were considered "different". Today, to most publishers, books are just another product to shift in as big numbers as they can. The biggest selling thing in fiction today is the RRP printed on almost every book. Very few hardback novels are worth £18.99 and even fewer are sold at that price. If publishers stopped having prices printed on books, booksellers would have to start using other promotional methods other than price to sell their wares.

Almost all other suppliers to the retail trade work on a uniform cost price with small extra discounts for quantity purchases. Retailers can then price the goods at the level at which they can sell them and make an acceptable margin.

If publishing worked in this way, e-book pricing would not be an issue because the publishers would have worked out their cost price and left it to the retailer to decide on the selling price.

You only have to look at the second hand booktrade and parts of academic publishing to see how unimportant printed prices could become to the general bookseller.

Selling on price has helped drive consumers away from real bookshops to the big chains and Amazon. It has certainly driven up RRPs on books. If UK publishing was to get rid of book pricing, booksellers would have to get back to providing good old fashioned service: something that the independent booktrade has never forgotten.

Alan
i would agree with you that although RRP on the jacket can indicate good value the current level of price promotion and deep discounting has become a farce.

Some would suggest the RRP is made up and is based on having to accommodate 55% or so discounting promotion. So to price a book you double it to price and then discount it by 50% and tell the consumer its half price. Hello whose kidding who here?

With respect to ebooks we have a price that relates to what? Some say it has to relate to the hardback so not to hurt its sales. Others say it must be cheaper but on a staggered release. Others that it could be to a price point as the cost associated is fairly normalised across all books and the differential really only apply to physical today and the only common cost is acquisition and royalty. Some argue that ebooks cost a fortune to create and these common infrastructure cost have to be factored in.

The reality is that the price is only as good as the cost the consumer will bear and a lack of clear pricing and confusion just leads prices to go one way.

Retailers should be able decide what the sell anything at. It may be higher it may be lower but as long as the cost is paid the manufacturer or supplier should walk away as they have been paid. The problem is that many today don't know if they want to be retailers, publishers, wholesalers and 'too many cooks...'

Martyn Daniels said...
This comment has been removed by the author.
2:15 pm