Sorry No Case for The NBA 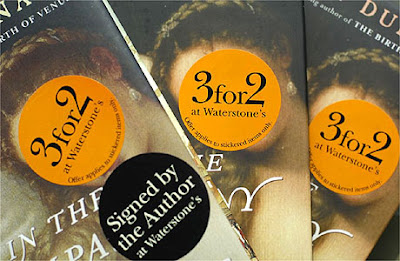 We read many blogs and articles, which like ourselves see only part of the picture. We also read the feedback and comments made sometimes by those who know more. The one thing that we can be certain of is how little we know and much we don’t know about the digital environment in which we now live. When we layer on that the different publishing perspectives across the life cycle and then the different geographic nuances and finally the different publishing sectors, its hardly surprising that is sometimes appears that its like the blind leading the blind.

Today we read an article posted in the Guardian by Sam Jordison and advocating a return to the Net Book Agreement (NBA). He looks back to the restrictive practices court examination of the NBA in 1962, which declared that, it was in the public interest to allow publishers to subsidise works of authors. He accepts that this was some 48 years ago and much has changed since then. He then comments of the role Dillons played in breaking the NBA, as he claims aided and abetted by publishers in ‘the lure of quick profit’. He claims that the lone anti NBA voice of John Calder was ignored and how Maher was to blame for not seeing the consequences of what Jordinson deems was a wrong decision and concludes that it is better ‘to have a thriving independent book sector and broad range of titles than a few cheap bestsellers?’

This to us appears to be like Stalin rewriting Russian History to fit case. It is alarming that the Guardian should give it column inches and that we even feel it deserves a response.

The reality was that the NDA stifled creativity as much as it supported it and history often comes with rose coloured glasses especially to those who never really knew it. Publishing today continues to have a fixation on front list and publishers continue to wallpaper shelves in bookstores on sale or return basis. During the time of the NBA we had a supply chain disjoin that not only was wasteful, l but created waste itself. The National Book Sale was well past its sell by date and insufficiently geared to deal with the volumes. The domestic market wasn’t expanding but the number of books was.

If the role of the NBA was to support and subsides the work of authors, did that truly hold water then. Today we have more books being published and self publishing thriving is growing. So is the case being made about the demise of the bookstore and uncontrollable discounts? Are these directly attributable to the demise of the NBA or would they have happened anyway? Would the emergence if the internet and global commerce not done the same? Hiding behind NBA dreams is as bad as not facing up to the fact that the world has changed and longing for the ‘good old days’.

What happened post NDA was apparent on day one. Anyone who has run a retail operation through a price war will tell you that it’s easy to create one, but almost impossible to stop one. The winner is usually the one with the deepest pockets, or the one with the strongest nerves. Did the book retailers really understand discounting – no. They had been mothballed from reality by the NBA. Some 4 years earlier B&Q had brought the UK to a traffic log jam when they did their then famous 20% discount weekend, a discount figure that was unheard of at the time. Their war was with Texas Homecare who was offering 15% one day discounts. The war lasted some few weeks and when the phone call was received by Kingfisher from Texas, normality returned and they moved to develop ‘everyday low pricing’.

In contrast the book market didn’t know common sense and the discounts got deeper, to the point where it was difficult to differentiate between the bargain trade and the front list stores. ‘Three for Two’ and every sort of marketing discount was introduced. Retail cooperative marketing deals increased. The publishers merely controlled the Recommended Retail Price (RRP) and some would suggest jacked up the RRP to compensate for the discount to be given away. Returns and the sale or return practices were not addressed. We moved from bulk weekly orders to low quantity and quick turnaround daily response and supply. It’s a pity that the sales didn’t increase in proportion to the waste being created and the increase in books that were swishing around the system. Bookstores suffered by being controlled by the RRP margin games and short sighted volume sales. Some would suggest that the bargain market never had it so good as waste increased and more books needed special sale help. Publishers started to pulp to cut back on the books in circulation, but more landfill was as much the wrong answer as Jordinson’s naive plea for a return to the restrictive practices of the NBA.

The one challenge that has occurred is the agency model, which ironically may kick start even more authors to go digital by themselves. The NBA is not bookselling nor is it retail, it is a false economy that hurts the one person who puts real money into the mix – the consumer. We believe that the agency model is flawed just as the NBA was. Digital renditions are over priced and the real control is with the aggregators, new entrants, technology providers not any publisher.

The truth is that we are were we are and before we embark on any knee jerk reaction and dream of the past we should take a cold hard look at how we got to where we are and face facts not rewrite history falsely.
Posted by Martyn Daniels at Friday, June 18, 2010