Charge Your Mobile On Your Bike! 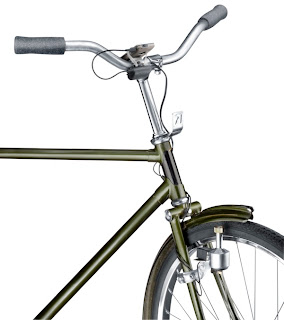 The simplest of solutions are often overlooked or suppressed. There have long been patents that would dramatically reduce our dependency on fossil fuels but many sit under lock and key with those with a vested interest in the status quo. Now imagine a solar powered mobile or a hand cranked mobile charging facility that would obviate those clunky changes we all have to take with us.

The third world often doesn’t have the luxuries of the west and has to think differently to survive. So its no surprise to find a mobile phone charger with a difference coming from Kenya. The bike charger relies on the bottle-dynamowe all grew up with and literally converts your pedal power into power to recharge a phone. The phone is attached to the handlebars with- wait for it - a big rubber-band. In between is a box of circuitry to give a nice smooth current to any device equipped with a 2mm jack.

It has been calculated that pedal power at 6mph for 10 minutes and you’ll get almost 30 minutes of talk time or 37 hours of standby. The charger demands a speed of 4 mph or walking speed to generate the juice for the phone and just think what it could do in Amsterdam or those new civic bikes in London and Paris.

Nokia is bringing the gadget to market so think once , think twice , think bike.
Posted by Martyn Daniels at Friday, June 04, 2010