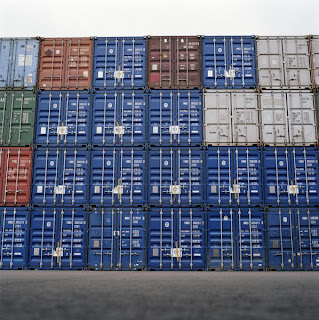 We have been brought up to believe that irrespective of the container it is rendered within, content is content. A story is a story and doesn't change and a book is a book and apart from illustrations the content itself remains the same.

It’s often hard to accept that up until 1878, some 135 100 years ago, music was restricted to the live performance, be it in the home, on the streets, in bars and clubs or in concert halls. The original recorded format was restricted in both length and quality. What the likes of Sousa feared, that we would see the recording as the master and the live performance as secondary has largely prevailed over the last century.

Songs have in the main been restricted and confined by the container either in the recording or in their playing. We now have the three minute song born not out of the composer or artist’s ability, but by the restrictions of the likes of vinyl technology. Recording studios have created perfect timing, rhythm, pitch etc. However, technology has also often taken a ‘it’s good enough’ route, where we end up with formats such as MP3 which give us ubiquitous reach, but at the cost of quality.

As music went digital the technology eventually enabled the content to be freer of its recording constraints, but it was still often restricted by devices and distribution capacity. Ringtones, samplers , MTV and You tube have all helped maintain the three minute song package, whereas the live rendition remains still free to embrace solos and extensions.

Textural content has been restricted by both economics and two pieces of card and a spine. We have as a result created our own 3 minute story, or 75,000 word 256 page book. The content remained in type, with illustrations often restricted to fantasy and children’s content.

So what about textural content, stories and what we loosely refer to as fiction?

The Victorians understood that the masses who had just learnt top read didn’t want the equivalent to our 256 page and often padded out story., They wanted penny fiction and fiction that could be read, as Poe aptly put it, ‘in one sitting’. In 1837 Dickens was selling some 50,000 copies of his Pickwick periodicals at a shilling a time. The pamphleteers ruled and that medium, with its adverts and affordable price ticket, ruled.

Short form writing continued and the pamphlets became magazines and newsprint. The short form diminished with the paperback and it was economics that forced many writers to drop it in favour of the 256 page economic model. We even stuffed short stories into collections so that they could fit the container. The container ruled or reading habit.

Today we have the opportunity to re think the content. Some will venture into refining it in terms of going beyond text and Kate Pullinger is a good example of writer adapting to this new form of content. Some will see an opportunity to reintroduce the short form text work either as whole works or like Dickens in episodic form. The content now needs to be defined for the new digital containers. We are now going through a new reading revolution which involves smartphone and mobile technology and 256 pages may render into these new containers but is it a case of content overload as we all adapt to mobile technology. Content  also needs to be very mindful that it doesn’t need to displace the physical book and simply pour in yesterday’s content into today’s containers. In some cases digital can be seen as creating a new market and a complimentary one for content.

Related blogs:
What the eDickens?
Posted by Martyn Daniels at Saturday, January 12, 2013