Does Publishing Have Ketchup On Its Hands? 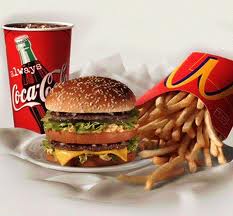 At a time when many are trying to achieve their New Year resolutions to get fitter, TV schedules are littered with the dangers of obesity, the news has increased coverage on the increased obesity of not only of adults, but also children and also the Hairy Bikers top the charts with a book about their own battle to fight their obesity, it is somewhat cynical that the industry celebrates the promotion of 15 million children’s books by McDonalds. Some would that this is a somewhat cynical promotion of heavily discounted children’s books through the sale of what many would regard as junk food.

For the next two years McDonald's is effectively giving customers a voucher for discounted participating children’s books to be used to redeem titles for £1 through WHS. They claim 9 out of 10 parents responded positively to their similar campaign last year and asked them to do more book promotions. Why wouldn't they at £1 a title?

The National Literacy Trust are fully behind the promotion and obviously believe that inducing parents to feed their children in MacDonalds is the answer to getting more children reading and can make a real difference to child literary and ‘well-rounded children’.

It’s as if we have ignored the Jamie’s campaign for better school meals, ignored the news about the increase in obesity, ignored all the TV and media coverage on the dangers of unhealthy eating and junk food, ignored our own industry charts and diet books and rum to pick up a few pieces of silver instead and done so under the banner that it will improve the numbers of children that read.

We have seen the cost of unhealthy eating and lifestyles on the NHS. We have seen proactive legislation and taxation levies on the advertising of smoking and dangers of tobacco. We have banned tobacco companies cynically endorsing sport. We are now witnessing a similar approach to alcohol abuse, but we still fail to grapple with the soft drink and junk food endorsements of sporting events such as the Olympics. Its as if money still talks louder than logic.

The publishing industry, publishers and authors should step back today and ask themselves if they are happy to endorse this somewhat cynical promotion which is clearly aimed at children and whether they will, as a result, be seen to have ‘ketchup ‘ on their hands.
Posted by Martyn Daniels at Thursday, January 10, 2013

I'm not sure if the issue you raise really exists. I don't think anyone will say 'I want to get my children a book, so I'll buy a Happy Meal.' But lots of children who were having Happy Meals anyway may well now get books. Which is why, I think, there is considerable support for the scheme.

many today have commented to me on email and Twitter that the kids were going there anyway, macs are improving their food, its better than giving them a plastic toy, mac is the only real option for many etc....

some UK stats and commentary
http://www.bbc.co.uk/news/magazine-19661085
but that’s nothing to do with anybody but the child who ate the wrong stuff and junk food is only part of the problem ...

Frankly, sir, this is none of your business -- or certainly would be if we were not compelled on threat of imprisonment to fund the NHS. This taxation appears to hand everyone in British society the right to pontificate on others' habits and has given rise to a whole class of meddlers whose answer to every perceived problem is to ban it.

McDonalds are engaging in a wholly legal promotion, one which also encourages literacy among children and supports the waning fortunes of a primarily bricks-and-mortar bookseller. It can be considered cynical only to the extent that any marketing exercise can be considered cynical. You take the statist, even Gramscian, view of assuming that parents do not know what is best for their children. Do you understand how that makes you look?

I am actually a mild-mannered fellow, but I have had quite enough of bansturbators of all shapes and sizes. Though I do not smoke, I am appalled by the demonization of smokers. Fatties are next on the list, then drinkers, then gamblers no doubt, then anyone who derives pleasure from what little money is not purloined from them by the state. Where will it end? Ah yes -- the demonization of motorists, those filthy, anti-social creatures ... but what's this, lifted verbatim from your bio?

"Before entering publishing I worked for many years as an independent consultant and a Senior Executive in blue chip organisations in the retail, oil and automotive sectors."