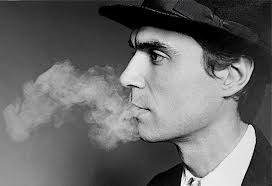 Some interesting insights from ‘How Music Works’ by David Byrne. We may agree or disagree but should acknowledge an insider's perspective from a winner of Grammy, Oscar, and Golden Globe awards and member of  the Rock and Roll Hall of Fame.

We recommend the book as one all who read this blog should read.

‘This changing landscape is not necessarily bad news for music, and it’s not necessarily bad news for musicians, either. There have never been more opportunities for a musician to reach an audience, and that is what we have always wanted to do…Though the current situation is rife with new possibilities, the industry itself is less flush with money, so you have to learn to navigate some treacherous waters.’

You Tube and cellphones at concerts
‘Barely minutes after our shows were over, someone would announce that some of the numbers were appearing online. In the past, performers would at least try to limit amateur photographers and especially video cameras, but now that idea seemed simply ridiculous- hopeless. We realised there was a silver lining: they liked our show and their postings were functioning as free advertising. The thing we were supposed to be fighting against was actually something we should be encouraging. They were getting the word out, and it wasn’t costing me anything. I began to announce at the beginning of the shows that photography was welcome, but I suggested to please only post shots and videos where we look good.’

Owning Music
‘After years of hoarding LPs and CDs, I have to admit I’m now getting rid of them. I occasionally pop a CD into a player, but I’ve pretty much completely converted to listening to MP3s either on my computer or ,  glup, my phone! For me music is becoming dematerialised, a state that is more truthful to its nature, I suspect. Technology has brought us full circle.’

The impact of technology
‘Technology has altered the way music sounds, how it’s composed, and how we experience it. It has also flooded the world with music. The world is awash with (mostly) recorded sounds. We used to have to pay for music or make it ourselves; playing, hearing and experiencing it was exceptional, a rare and special experience. Now hearing it is ubiquitous, and silences the rarity that we pay for and savor.’

Music and Technology
‘After a hundred years we are heading back to where it all started. A century of technological innovation and the digitisation of music has inadvertently had the effect of emphasizing its social function. Not only do we still give friends copies of music that excites us, but increasingly we have come to value the social aspect of a live performance more than we used to. ..The technology is useful and convenient, but it has in the end reduced its own value and increased the value of the things it has never been able to capture or reproduce.’

Recording
‘Recording, which used to be basically the most important thing one did as a professional musician, is increasingly just part of the larger package.’

‘The cost of making records can now be so low …that the average musicians can pay for it out of their own pockets. This means that when the time comes to think about distribution arrangement, you aren't belonging to anyone. You don’t come to the table already in debt.’

Bravo, Sir! This post made my day. ou have put in rtng most of my thoughts about the industry and it's most certain direction. I believe that all of the above points that you make, for the artist are a world of opportunity if we can just adjust our thinking. This is a very good read. You've gained in a new fan.