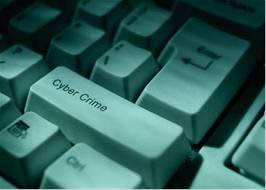 Cybercrime takes many different forms and always happens to someone else. We can take precautions against it but when it happens its impact can be significant.

Some recent news items demonstrate the size and impact of cybercrime activity.

These are some of the cybercrimess that have made the news in the last few days and we have to accept that there are many that don’t and that go undetected, or are merely kept quiet. Cybercrime is not going away nor is any consumer, organisation or even state totally safe. Cybercrime also is global but is often policed locally. It's not only about financial gain, but affects all property, intellectual property, utilities, commerce, and even personal identities. What makes cybercrime so difficult is that the motives behind it vary widely. We may hear about the large financial fraud and theft cases and those relating to large scale privacy issues, as above, but everyday what we all regard as criminal activity is taking place and intellectual property theft and infringement is happening at an alarming and increasing rate.

As states attempt to clamp down on cybercrime they do so often with a lack of inter state consistency and some would suggest that they go too far in encroaching on the rights to privacy. The laws have to deal with many complex issues and it makes us wonder whether police forces will be judged in the future, not by the number of ‘bobbies on the beat’ (police on the street but on the number of ‘bobbies on the net’.

It is often difficult to separate copyright infringement from financial cyber fraud and many hold different opinions about these. Protection and management of owned rights is critical in today's intellectual property sectors. It is often one thing to own rights and a completely different thing to be able to police and manage them.

The US legislators are currently grappling with how far to clamp down on copyright infringement. The House of Representatives has tabled a Stop Online Piracy Act, (SOPA) copyright bill which is designed to make it much harder for rogue offshore sites to sell counterfeit U.S. goods, including fake prescription drugs and copyrighted movies and music. Such sites are believed to be causing tens of billions of dollars in losses annually to U.S. companies.

The bill however is attracting as much negative as positive attention. Objectors are raising issues regarding the bill potential to require Internet providers to monitor customers' traffic and block the addresses of Web sites suspected of copyright infringement. A network provider can be ordered to "prevent access by its subscribers located within the United States" to specific Web sites defined by their unique DNS number. ‘Deep packet inspection’ to block data from specific Web pages, or URLs and potentially intercepting a customers' browsing for analysis is at the core of many objections. As well as free speech and rights advocates groups, some of the largest web companies, including Google, Yahoo, Facebook, have spoken out against the bill.

What is also interesting, is how SOPA and the Digital Millennium Copyright Act (DMCA), which grant immunity to website owners for content posted by users will interact could be in conflict. The DMCA offers website owners a Safe Harbour for content posted on their site by users. So a sites such as Wattpad or YouTube cannot be held responsible if a user posts copyright infringing material on its site. DMCA allows content owners to ask the YouTubes of the world to take down infringing material but the site can claim safe habour and is immune to being sued unless it refuses.

European Union Digital Agenda Commissioner Neelie Kroes is widely reported saying that the millions of dollars being spent copyright infringement it is not addressing the issue. She also believes that consumers can see copyright as a restrictive tool and that artists are still not being adequately rewarded.

Kroes said, "We need to go back to basics and put the artist at the centre, not only of copyright law, but of our whole policy on culture and growth. In times of change, we need creativity, out-of-the-box thinking: creative art to overcome this difficult period and creative business models to monetise the art."

We support the sentiment given by Kroes but also accept that legislative action is required to deter, and police the internet. When we see the legal patent battles that are going on today between the technology giants we have to ask what realistic chance has the small owner of intellectual property got in the depths of the internet and in dealing with international infringement and crime?

Thanks to Mario Pena we have sight of this French twist

*** Paris, November 23rd, 2011 – Members of the French Parliament are using a bill on private copying levy as an occasion to kill the copyright exception for private copying. Under the pretense of saving royalties collection, MPs have redefined fair use in the process. Giving in once more to pressure from the recording and movie industry, the French Parliament carries on Nicolas Sarkozy's repressive policy against the Internet and new cultural practices. ***

Today, the French National Assembly begins express examination of the bill on private copying levy. Though this bill [1] is aimed at adapting the private copying levy to national and EU case law, Members of the Parliaments are giving in to the copyright industry's request to further narrow down fair use and the rights of the public. Indeed, a crucial amendment aims at conditioning the benefit of the exception for private copying to the legality of the sources used [2].
By introducing this notion of “lawfulness of the source”, MPs are forcing everyone to proceed to an in-depth legal analysis based on mostly impossible to determine elements in order to make a private copy. Was the source used to make a private copy lawful? If it was disseminated online, who uploaded it? Did this person have the author's authorisation? etc. Such questions will never, in practical terms, have an answer and will make copying unlawful by default.
“By narrowing down the scope of the exception in this way, the public are being deprived of its rights. After years of a ruthless war against the sharing of culture between individuals on the Internet, French authors' rights law is hijacked once more by vested interests who want to protect their obsolete business models by limiting recognised user prerogatives.”, said Philippe Aigrain, co-founder of La Quadrature du Net.
“In the name of private copy levy, we are deprived of the right to copy! Such negation of the rights of the public is coherent with Nicolas Sarkozy's policies aimed at turning copyright into a repressive weapon against cultural practices in the hand of industrial lobbies. These political manoeuvres harm the legitimacy of copyright as a whole.”, said Jérémie Zimmermann, co-founder and spokesperson of the citizen organisation.

Thanks to Techdirt we have another timely piece