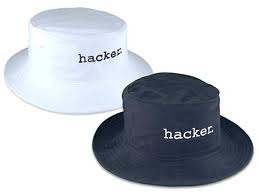 What would bring representatives from over 60 nations to London to a special two day conference this week? The representatives include EU digital supremo, Neelie Kroes, Baroness Neville-Jones, Wikipedia founder Jimmy Wales, UK Foreign Secretary William Hague, Cisco vice-president Brad Boston, Senior Executive at Facebook Joanna Shields and until issues forced her to cancel even US Secretary of State Hillary Clinton had been due to attend.

It is not just large multi-national companies who get hacked, or their intellectual property stolen, but also individuals who can have had their personal information stolen and pasted all over the internet.

Today, we read that security company Symantec claim that from July until September some 29 companies in the chemicals industry, which included Fortune 100 companies, were the target of cyber-attacks and a further 19 companies, including defence specialists, had also been affected. The incidents are being linked to earlier attacks on carmakers and human rights organisations.

Iain Lobban, the head of GCHQ, claims that a "significant" attempted attack was made on the Foreign Office and other government departments over the summer.

Ross Anderson, professor of security engineering at Cambridge University, claims that as many as 5% of PCs are infected with malware and there was a one in 20 risk that any given computer was sending spam without the owner's knowledge.

Its hardly surprising that hacking is on the increase with Attack Tool Kits (ATKs), which programs designed to exploit website security, being widely available on the internet.

Rik Ferguson, senior security researcher at Trend Micro says of today’s hackers that they can be, "both black or white hat (or sometimes grey) depending on their motivation." In hackerworld, white hats are the good guys, black hats the criminals.
A popular practice is to simply deface websites with a message similar to the graffiti that adorns our cityscapes today. Zone-H, a website which monitors such activity, claim over 1.5 million defacements were logged in 2010.

Not only is the Internet a force for good and changing how and what we do, it is also reshaping and redefining crime against states, companies, property and individuals.
UK Foreign Secretary, Mr Hague, stated that, "The response does not lie in the hands of any one government or country but it is too important to be left to chance. This needs to be a collective endeavour, involving all those who have a stake in cyberspace.’ The UK government has also put aside some £650m of additional funding to help tackle computer-based threats over the next four years.

We hope that the ‘London Agenda’ can make progress and help define a new safer Internet road.