The Times Are a Changin' 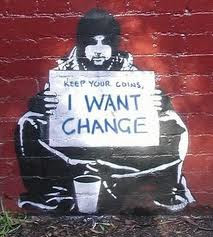 Today we have two different stories which by themselves are newsworthy. Together these demonstrate that the booktrade is not in full control of its own destiny and that changes can happen from outside that will change what is developed, sold and how it is sold.

Firstly, we have long believed that ebook sales are going to move from downloads as we know them today to online cloud based rentals. They are many who see this as a huge threat, whilst there others like ourselves, who see it as a huge opportunity. However, can such a change be controlled by the existing big players, or will we see a shift in market power driven by consumer demand, in the same way that Nasper, iTunes, Pandora and Spotify have changed music and YouTibe and Netflix video?

Verdict Research claims that consumers are spending 21% less on films, video games and music than they were in 2008, down from £7.7 billion to £6.1 billion. It would appear that they prefer free services such as YouTube, Spotify , BBC’s iPlayer and the mass of free app downloads for mobiles, over traditional home entertainment. The current economic downturn is also obviously fuelling the trend. So is the move towards an increased demand for ‘free’ in other media sectors a blip, or a real trend and will books be different?

Secondly, the current economic turmoil in Europe is significant and is now in danger of engulfing major countries such as Italy, Spain and according to the ex UK PM Gordon Brown, even France. Austerity has a funny way of driving both consumer habits on spending and government measures on taxation. What we assume is safe can become unsafe overnight and only a fool would believe that books are and will always be viewed as different.

The French government has announced that VAT rate on books will rise from the current 5.5% to 7% from 1st January. This is still a reduced rate compared to the standard rate of VAT in France of 19.6% but is a clear sign that in times of austerity the gloves come off when governments have to reduce public debt.

We all are acutely aware of the disparity on VAT between EU states and also of the tax disparity between physical and digital renditions. We should not assume that this will remain as is in difficult times and that any harmonisation has to be to the lowest common denominator.

So we see consumer consumption changing in other media sectors and taxation changes being taken to reign in state debt. We can’t assume tomorrow will be the same as today and that we have full control over our destiny.
Posted by Martyn Daniels at Friday, November 11, 2011