Google To Take You Inside The Shop 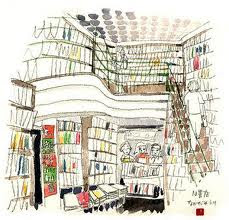 We all thought that Google Street was taking mapping to a new level when you could actually ‘walk’ down the street and see the sights as if you were actually there, but Google has now taken the experience to a new level and has started a pilot project which will take you behind the shop door!

The new project is completely on a voluntary and Google’s Street View has already gone behind the doors of some 17 museums.

Initially the project is being limited to locations including London, Paris and some cities in Japan, Australia, New Zealand and the US. It is based on inviting the most searched types of businesses to be captured from the inside on camera. This group includes restaurants, hotels, shops, gyms and repair workshops, but interestingly today it excludes big-brand chains and community services such as Hospitals and solicitors.

In addition to the 360-degree fish eye and wide-angle lens shots the businesses that participate are also invited to upload their own pictures. All images will become Google’s property that may be used in other Google applications.

So if you own a bookshop would you participate or watch your competitors get that extra lift? Will Google make it a no brainer for those bookshops that sign up for Google? Will they exclude bookchains and enable the little independent to be exposed?

The interesting challenge is whether business see this as an intrusion, a marketing tool, or merely something they must now do in order to compete?
Posted by Martyn Daniels at Tuesday, November 01, 2011