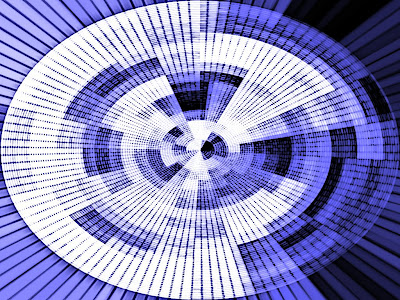 Technology is not only changing how we do business and is introducing a significant challenge in reducing the time to do business. As technology speeds up processes it also highlights those age old time blockages and inefficiencies that didn’t matter, or could not be addressed yesterday. Technology now enables us need to look afresh at the end to end business and consider how we can do things quicker and smarter.

Today when we look at publishing, we often see a market littered with ‘gatekeeper’ checkpoints. These barriers were not only aimed at introducing quality control, reducing the flow of traffic and they also often to slowed down the process itself.

Manuscript submissions, acquisitions, development and production can take months if not years. There may appear to be perfectly good reasons why it should be as slow as it is, but it is now clearly restrained by people rather than technology. The way works are also marketed, promoted and sold, could be said by some to belong to a bygone age that was more obsessed with feeding the shelf, events and calendars and those 13 week windows, than satisfying today’s real time world of instant gratification.

However, like many markets, we are obsessed with the consumer end. After all, the consumer is the only one that puts money is and despite what some marketers think, is the only one who decides the true winners. When we look at the end to end process we often view it as not one marketplace but a series of linked marketplaces each with their own gatekeepers, fiefdoms and find that they are often overly protected from each other. Despite the huge advances and improvements to Supply Chain communications, some what suggest that we still do business by ‘slipping notes to each other under the door’.

What if we could tear up today’s processes and redefine the role of the gatekeepers?

What if we could view the business as one end to end marketplace?

What if Michael Porter’s linear Value Chain model was a virtuous circle with no start and end?

What if we viewed the business as one integrated marketplace with content and associated rights at its core and the players and activities being just that and periphery to that core. More importantly, what if we recognised that all players could effectively participate at any time?

Imagine consumers being able to access and comment on manuscripts alongside agents, publishers and retailers, some will say its already happening. Imagine living bibliographic records being managed as ’wiki’ records where they are developed not so much in a vacuum but as crowdsourced documents that never stop being updated, appended to and refined. Imagine the elusive rights registry being open to all.

An inclusive ‘book’ marketplace perspective could change not only how we do business, the speed in which we do business but the relationships within the business? It could remove some of the adversarial and holier than thou attitudes that continue to dog the industry. It could create a new level of interest and participation that is more organic and spontaneous than today’s often ‘manufactured’ approach.

This holistic marketplace may appear unfamiliar, dangerous, exciting and to some a bridge too far, but it is the direction that technology, social networking and networks are clearly taking us today. We don’t fully understand the implications on today’s roles, processes and business and the route is somewhat dynamic and unpredictable but it is happening and the genie is not going back in the bottle.

The key is to see one holistic marketplace.

When we look at the likes of Amazon, Kobo and others we see businesses uncluttered with yesterday’s thinking and ready to redefine how we do business tomorrow not just at the consumer end but within the new virtuous circle of value.
Posted by Martyn Daniels at Monday, November 07, 2011