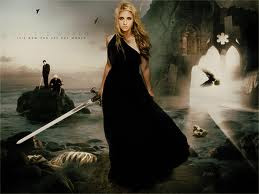 Will Facebook’s ‘Buffy’ be the vampire mobile slayer or a step too far?

Facebook are widely reported to be working with HTC to create its own Android smartphone, which is due out in 12 to 18 months. According to The Wall Street Journal the Facebook phone project has been codenamed, ‘Buffy’.

However why does it need to have its own hardware? Facebook is already tightly integrated into many Android smartphones and it is very questionable exactly what Facebook would gain over the wide adoption it already has. If Facebook believe that ‘Buffy’ could tightly integrate other Facebook services such as their email it could turn many off if all their all email and messaging from the phone have to be done through Facebook?

Facebook isn't a hardware company and perhaps they should stick to what they are good at. Even the likes of Google have struggled with the hardware and ended up buying Motorola and launching a Nexus with Samsung and Microsoft has many hardware nightmares most notably with their Zune player.

Ironically HTC, the world's fourth-biggest smartphone brand shares have fallen by 7%, which is the maximum allowed in one day. The fall has been driven by a cut its growth forecast. HTC had earlier forecast growth of 20% to 30% but despite a booming market now expected revenues for the final three months of 2011 to be little changed from a year earlier. This demonstrates the growth of Android adoption by many players.

Equally interesting is the news that Google and Samsung have confirmed that there are volume issues with their flagship mobile phone the Galaxy Nexus and Apple and that the battery problem that has dogged the new iOS 5 Apple operating system remains unfixed.

However, the one thing that is clear is that smartphones remain at the core of mobile technology, Android is now leading the wave and the more platforms tightly integrate applications and services the more the smartphone will become the device of choice. This has a significant bearing on how media providers, channels and cloud based services must adapt.