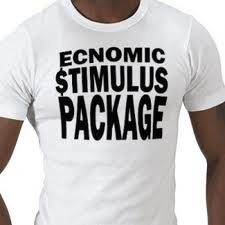 We have seen the ill conceived Google Book Settlement unravel before us. Conceived behind closed doors by the few, for the perceived good of the many, it failed the ‘people test’ and the law. We are seeing a similar situation with the ‘agency model’. We still have copyright laws built for yesterday that are incapable of dealing with today’s digital demands. We often still see digital in its many forms; text, moving image, still image and audio and don’t see these as mere stuff within new digital containers.
Today the French have taken bold steps to change or some would suggest, ‘nationalise’, the copyright of 20th century works. It is a brave move, but one that is fraught with many of the issues that brought down the Google Settlement. Grand public policy is one thing, detail is often another.

We have taxation rules that are inconsistent across countries and states not just in what is taxed but also the level of tax applied. We have tax revenues being spent inconsistently and some would suggest we often find ‘culture figureheads who are little more than financial gatekeepers’.

The French government under the leadership of its Minister for Culture, Frederic Mitterand, has drawn up list of 13 publishing industry related proposals aimed at controlling the direction of the market. Some would welcome this initiative and applaud the proactive stance. Others would question whether the children have now taken over the chocolate factory.

The first proposal is to tax ‘large’ booksellers in order to help French independent bookstores. This ‘Robin Hood’ tax would apparently be applied not only to books sold online, but also those sold in larger physical stores, with the proceeds then going into a fund for smaller booksellers. There is nothing wrong with taxing the ‘rich’ to help the ‘poor’, but does this ‘richman’s tax’ make sense, or is it ideology over logic. Would it not be wiser to give some tax breaks to the independent group across the marketplace and so reduce their levels of tax and state interference than impose penalties for success? Everywhere has a slimilair situation but Tax revenues are created by promoting success and generating trade not by stifling it. The more tax generated from all the more you can do to relieve those who are being disproportionally taxed today. The acid test is whether the tax is in the consumer interests or whether it is just playing to the lobby.

The French proposals are also believed to include greater monitoring and control over how books are priced when sold by the bigger companies. The French government has also raised the issue of taxing ISPs, mobile operators and large internet companies. These policies raise the question of whether they are protecting culture or merely looking for soft ‘rich’ tax targets.

This week we saw the lobbing of the UK government to lower or abolish the tax on ebooks. The logic is sound and a tax of zero against one form and one of 20% for the same content begs the question of consistency. However, the same inconsistency applies right across Europe. This questions whether the taxes are in fact holding back the digital market or merely a legacy from earlier digital media taxation on music, video etc? Would ebook prices drop by 20% overnight if the tax was removed? Is the back lash driven by the consumer or by the industry? We believe that the needs to be tax consistency, but that more thought needs to be given as to how it is lobbied for and how consumer empathy and support is created. As we start to mix more digital media into the ebook and app containers does all media become tax free?

We feel a greater challenge is one where Apple and Amazon can set up their stall in Luxemburg, not just to benefit from low digital taxes, but wider corporate tax benefits. States often create their own rules and incentives and we have the recent debates over New Jersey’s sales tax incentive for Amazon to set up a distribution hub in the state in order to get tax benefits. These corporate tax incentives are difficult to compete against and only usually apply to the large corporate.

So which came first the chicken or the egg? Who should lead our digital cultural revolution and shape its usage, taxation, copyright protection, price? What should the balance be between private and public and how do you control a global private sector in a local public and government environment?
Posted by Martyn Daniels at Friday, March 23, 2012