How Do You Price eBooks? 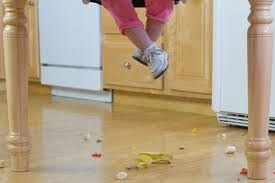 Some would suggest that current ebook pricing resembles the kitchen floor after the baby has had its dinner, with bits of food left all around waiting to be tidied up.

One of the greatest challenges we all face when introducing new offers is on how to price them and the current ebook evolution is no different. The challenge is somewhat easier when the offer is new and there is no real old offer to compare it with, or when the change is a disruptive one and the old offer is withdrawn. However, when the old offer still remains alongside the new, then we have the added comparison and potential confusion in the minds of the buyer.


When the CD first replaced Vinyl the price went up. Consumer’s cries of foul play were met with claims about the investment and transition costs and the price remained high despite several consumer body reviews. Now those prices have plummeted. Was the drop was due to the greater economies of scale from a more mature market offer, or was the original prices were just too high?

Is there a price ratio between the old and the new when the new offer is first introduced that changes and does this reduce as the market matures? Some suggest that when the mass market paperback first appeared, the price ratio to the hardback may have been as high as 1:10. Today the paperback to hardback ration is down to around 1:4. The figures are obviously open to challenge but the principle is there for all to see.

If we look at today’s offers we have in simple terms; hardback, paperback and ebook. Tomorrow we may well have enhanced ebooks with lots of added value but today it’s the same content. We may well loose or see a drastic reduction in physical units produced and sold in either form and if so how does that play out across the economics of the work itself? What should the price ratio between the offers today and tomorrow? What is the cross subsidy that takes place as the ebook share increases to that of the pbook? Also as the ebook share increases what is the economic impact on the pbook model, margin, net receipts and author reward structure?

Other factors such as the market sector, channel, geography etc are also worth noting as the perceived buyers value may well change with digital making which could effect the price charged.

Then we have the anti Amazon agency model and the obvious question of whether this is in the best interests of consumers? The US Justice Department and EU are separately investigating the issue. Some agency publishers may appear desperate to hold the pricing line, but what is clear, is that irrespective of the outcome, the mere visibility of the current investigations will impact and potentially further damage consumer perceptions on ebook pricing.

Another area of pricing challenge is the public library market. Unlike the pbook the ebooks doesn’t wear out the more it is loaned out. As a result the library doesn’t need to replace the ebook. HarperCollins approach to this was to create a ‘26 loans and renew’ policy, which basically replicates the pbook and says that the more successful the title the more HarperCollins wants to be paid. Today we read that Random House have adopted a different library pricing model based on a reported upfront 300% price hike on ebooks. Others have proactively walked away from the market and decided to sit on the fence on several ebook issues and play wait and see.

The interesting thing about the library pricing issue is that the issue could have far wider ramifications as we see new ebook on demand rental and lending services.

Other media sectors don’t have the same replacement revenues to protect and it is hard to see how publishers can sustain the current position especially when they are advocating the benefits of the digital book over the physical one but at the same time denying them when faced with a perpetual sale that is a resultant benefit! It is even harder to see the logic of creating potentially bad PR in making the public purse spend and not share technology benefits.

We did a 'ebook pricing' search on our blog posts and were amazed on both the number of articles posted on the issue and the history. Pricing is not easy but getting it wrong can be hard to undue.
Posted by Martyn Daniels at Sunday, March 04, 2012

I understand the vast majority of books published do not make money for the authors and eBooks are allowing unknowns to publish without taking risks on print production and stockpiling - so pricing is surely more a matter of what you think you can get. My personal feeling is that an eBook is worth at about 50% of the paper price, but of course in UK you have to add 20% VAT to sales price of eBooks, but not paper. Because Amazon set draconian commission levels, or discount in competition but don't allow you to sell your own books cheaper than your list price they are encouraging a 'same price' mentality .. but surely with postage (or stocking in retail outlets) and printing being such high costs on paper books this is unfair. Paper books also get passed around so have multiple readers, but eBooks are copyrighted to one person I think. The library situation, as you say, is rather more difficult to address so that authors and publishers are rewarded for their work based on number of readers.
SC