That Was The Week That Was: Apple, Kodak and a Blackout 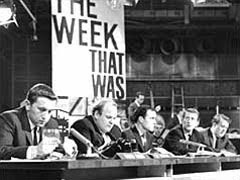 So what was the biggest news story this week? The filing for Bankruptcy of that previously leading technology giant Kodak, the Presidential launch and hype of Apple’s grab for textbooks and to create an exclusive iWorld or the darkness created by the likes of Wikipedia and others and resultant climb-down of US legislators to their ill conceived SOPA and PIPA bills?

Kodak clearly teaches us that no one is immune to disruptive change and the emergence of digital technology and integrated video and photography in every smartphone simple by passed them. It is a very real lesson and one we should rank alongside many others who failed to adapt. In any value chain we all have to add value to survive.

The Apple launch will have significant repercussions far wider than the intended textbook market. Apple has not thrown a people into the pond but a whacking great bolder, that forces us to question much of what we do between author and reader. The one thing that is certain is that it will change not only what we do but how we do it and what we trade moving forward. Apple is not the winner merely the one to throw the first stone.

So what about the lights that went out over the Internet and the ensuing recreation of what, would have been bad law. This was a relatively quiet but significant revolution. Backed largely by big media and content producers such as the movie studios, record labels it is seen by them as their way to control and fight piracy and by many others as going too far the bills would have gone too far and with the capacity to created a nightmare.

The Stop Online Piracy Act (SOPA) was going to be bad law and along with its Senate cousin, the Protect IP Act,(PIPA) have galvanised protests across a very wide spectrum of companies and have been controversial from the beginning. Site such as Wikipedia and Reddit switched themselves of in protest. The object was to demonstrate what could easily happen under these ill conceived laws.

Under SOPA, a rights holder can take steps to shut that site off from search engines, ad networks, even Internet service providers and basically starve the offending site out of existence.

But critics see as being to easy to close down a supposedly offending site by just writing a strongly worded letter and would give legitimate sites a huge new set of legal obligations. Like a 21st century McCarthy witch hunt on the Internet.

On Wednesday U.S. lawmakers' websites were inundated with messages and Google delivered a 4-million-name petition against SOPA and even before the switch off, President Obama declared that he didn’t support SOPA. The silent majority stood up.

Is it the end, or will those experienced political wranglers and lobbyist divert their money to try and make some minor changes and push this bad law through?

This certainly was the week that was!
Posted by Martyn Daniels at Saturday, January 21, 2012