So who is an ePublisher? 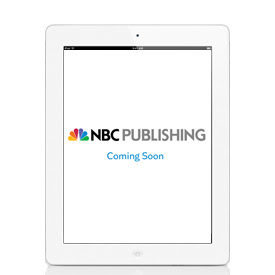 Although they varied with the market sectors they served, being able to defining a book publisher used to be fairly easy. The same could be said of film, broadcasting, music, games publishers. However digital has the capability to change these well defined and understood divisions and not only explode the physical media container and constraints, but also the content itself and the roles of those who produce it.

Last week’s over hyped Apple event did one crucial thing – it brought home the reality that an ebook is just a mere digital container that can accommodate many different forms of digital content. Yes, we all knew this, but now everyone, everywhere can clearly see it. This not only has the potential to change what we see as an ebook but also creates a new awareness and potential market demand for something different.

The ‘digital container’ changes roles. Will the author be able to mix and mix digital content into a digital package or will they need help in identifying, validating and clearing rights to extra material. Will the role of the publisher as a collator, packager and administrator become more important in some sectors? Will others outside of the traditional book market step in to be publishers?

We now read that NBC News plans to launch NBC Publishing, aimed at publishing 30 interactive new e-book titles in the first year. The ebooks will be based on current events, documentaries, trends, biographies, and profiles and they are looking to leverage their existing content assets from shows such as NBC Nightly News, Today, Dateline, Peacock Productions, their archives, NBC Sports, and Universal Pictures.

The venture will enable NBC to use video, audio, and current programming in creative new ways and may prove pivotal as TVs become smarter and connected. They have brought in two publishing executives to help on the venture and plan to use a network of freelance professionals as needed. NBC claims over one million hours of archival video content going back to the ’20s can repurpose NBC news coverage and also plan to work with independent authors who use NBC’s resources.

It is possible to now see a greater polarisation of publishers with at one end the specialist and smaller publisher and self publisher and at the other large or divisions of large media entities. We already have the players such as News Corp, Bertlesmann, Pearson but are now likely to see others enter not necessarily with text content as their main asset. It will be interesting to see if the BBC soon rues the day it lost its publishing control.

Whatever, happens mixed digital media is here. The challenge is not burning your fingers in lavish digital utopias that don’t earn out and grappling with the issues of rights, acquisitions, licences, permissions and sales.
Posted by Martyn Daniels at Wednesday, January 25, 2012