The Renaissance of The Short Story? 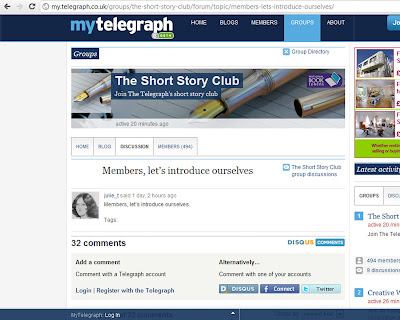 We now live in a sound bite word where the channel hopper often rules and where our time is often torn between many competing distractions. It is only fitting therefore that we are now starting to question and revisit the length of the story and recognise that it is just as rewarding to engage a reader on short and digestible read as a long one.

We have long argued that the digital era should herald a renaissance of the short story. As digital explodes the physical book spine, it starts to re write the economics and the need for 256 pages. No longer is it about tens of thousands of words but more about compact stories, or developing stories by the chapter.

My mother-in-law and many of her contemporaries broke into writing via short stories, which were much in demand across many magazines at the time. My Father-in-law like many started as a journalist and developed the skill of reworking, cutting back and sticking to the storyline.

Digital has started to now accommodate the short story and some such as Salt and Penguin has embraced the opportunity. The BBC has a National Short Story Award and the Quick Reads literary charity is now 5 years old and has distributed over 3.5 million ‘Quick Reads’ written by bestselling writers and celebrities aimed at engaging more people in reading.

This weekend the Telegraph dived in with a competition not based just on digital but recognising the potential to reintroduce this concise literary form that has inspired so many in the past. The British library have also launched a online service to enable everyone to enjoy the likes of Somerset Maughan, Kingsley Amis, Edna o’Brien and William Trevor reading their own works.

All these initiatives start to create a new form. Some will view them as singles that are then wrapped into a collection, others as stand alone stories that can be promoted bought and read as such and others as instalments to a greater living story. Poetry also starts to also have new opportunities to engage a wiser audience. Even those textbooks may be rented or sold by the chapter. Irrespective, the short is coming back and will give author a new opportunity to make that connection with the reader.
Posted by Martyn Daniels at Wednesday, January 18, 2012

Thanks for your blog. We must all have been thinking the same thing. Ten years ago I wrote a short story from the perspective of an outsider's observation of the Catholic faith (it's about to be published), and last year thought, it's time to get this story out. The short form is in, and we now have the incredible diversity of devices to publish it on. Everything's going short and mobile, finally.

Yes, the short story and poetry are having a resurrection thanks to digital media. But I don't see any revolution when it comes to the genre.