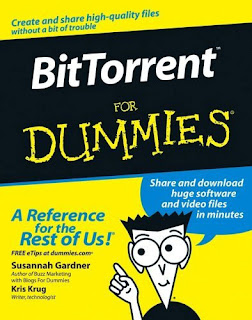 According to industry bodies, governments and the press, digital piracy is reaching epidemic proportions and swift and focused action is needed to save the media industry. We are now regularly informed of the growth of piracy, the estimated number of illegal transgressions, amount of revenue stolen and even the numbers of jobs lost to piracy. Piracy is not restricted to any one medium and impacts the; software, games, film, music and now book industries.

Content piracy is not new and many of us have committed piracy, or know someone who has done it, either wittingly or unwittingly. We must face the reality that it will never be totally eradicated and there are degrees of piracy.

We now have legislation being rushed through different bodies that is aimed at shutting down sites and fining or black listing users. We have all read of the court prosecutions against individuals bought by bodies such as the RIAA. However if we step back, we could easily conclude that the threat of the stick, appears to be having little, if no effect and that piracy would appear to be on the rise in all sectors.

The questions we pose are not aimed at solving piracy, but at trying to understand what drives it and in doing so, look at alternative ways to contain, or reduce it. In many ways, it is a social problem similar to others such as; drugs, gambling, drinking and prostitution. It is important that we do not set our sights too high and by doing so, alienate those we wish to influence and that we are realistic in what we wish to achieve.

What are some of the root causes which are feeding the current digital piracy habit?

Napster didn’t create the ‘digital free’ perception, but helped raise its profile to the masses. As Napster and others changed to pay models, they failed to migrate their bases and the ‘free’ music demand they created remained. Is the problem really ‘free’, or is it the ability to share and network with friends? We obviously will face the challenge of first defining a ‘friend’.

We believe that people are willing to pay and also recognise the need to support creative talent. However we also recognise that the hard core of people who will always demand ‘free’ are not going away and maybe are impossible to coral.

The right to fair use has always been prevalent and is very relevant in academia and libraries. Digital potentially lifts the fair use lid and can create confusion in the eyes of the user. Creative commons licensing is a positive way forward and is starting to address this. It adopts a mature approach to copyright licensing and one which accepts the fair use doctrine. However, works that are not licensed under creative commons can fuel confusion and lead to a piracy approach to all works.
Interestingly, our copyright laws were built in an era where we listened, watched and read media, but today they must encompass and era where many now also create media.

Music and film industries have had to grapple with the demand for sampling and our permission rights now need to reflect this. The challenge remains a rights industry without a rights registry and frustration can often lead to rights shortcuts and piracy.

Price is always the sore point. Academic, text, professional, reference and trade books all have pricing challenges. It is easy to put a recommended retail price on a title, it is a lot harder to convey its value and sell it in a world that is now discount crazy, very price sensitive and where a price comparison is only a click away. We would suggest that the heavy discounting of physical books has had a significant devaluation impact on the perceived value of ebooks. It is also crazy to try to enforce a retail price maintenance ‘agency’ regime on ebooks, whilst allowing a price discounting free for all on physical books. Think of the consumer perception of such open hypocrisy.

We all have an aversion to paying taxes, especially taxes we don’t agree with. Governments openly reduce the tax on pbooks to promote reading whilst taxing ebooks to raise revenue. Are Governments and tax authorities actually fuelling piracy with taxes that are clearly inconsistent between the physical and digital rendition of the same work? Taxes have to be raised and someone has to pay, but no one likes to be ripped off. Who can justify a 20% tax difference? This taxing hypocrisy is not unique to the UK and is prevalent across many countries. Governments have to realise that the economy is now global, digital transparency is real and clear double standards will drive many to piracy. The media associations should be educating the government to think about its negative actions on tax.

We all know that a digital file can be spliced and diced far easier that its physical cousin. One click and the font and its size can change. Another click and we have text to speech. We can annotate alongside the text, create bookmarks and of course copy and paste and much more. Today we still put ebooks into a DRM straightjacket ‘for the good of copyright’. We do not allow ‘the first sale doctrine’, often make it impossible to share books with friends and even limit the number of devices we can transfer the file to. The industry has failed to grasp even half way measures, such as social DRM (watermarking) and has maintained a hard line DRM approach. It reminds one of the early music days before the operators realised that MP3 wasn’t as much a threat as DRM which overly restricted user’s rights. It is questionable whether there would be any viable download market today if the likes of Apple had not abandoned their rigid DRM and embraced MP3.

Users want to ‘own’ their files and even sell them. If this is not recognised, then it either puts pressure on the price paid, or generates piracy. We must look at the ‘on demand’ and cloud based licence models, such as used by Spotify and Netflix.

However, is the industry ready or even willing to entertain such a radical shift when it can’t appear to even sort out its digital lending relationship with libraries?

The issues that drive piracy are not simple and are more about social economics.
Cracking down on the dealers of piracy is understandable, but it is not addressing the demand and the actions needed to change social behaviour. When we throw are arms up and complain about the level of apparent piracy and its estimated loss of revenue, we should perhaps ask ourselves, what we would accept as acceptable and work towards monitoring and maintaining this. A zero tolerance approach to piracy may well result in more not less.
Posted by Martyn Daniels at Wednesday, January 04, 2012

A study has found that people are perfectly prepared to pay for online content, provided that the alternatives aren’t too harsh.