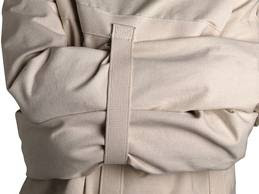 One of the drawbacks with ebooks is that there is no second hand market for them. Unlike physical books you can’t sell a book once you have read it. You can’t even put it on your bookshelf. It is doomed to sit often forgotten on some virtual bookshelf.

The lack of ‘first sale doctrine’ on ebooks is a big opportunity lost today as we find ourselves tied up in DRM knots and fear of the digital unknown. Too much of what we do is negative and restrictive and denies freedoms, rights and norms taken as a given within the physical world. Denying established social practice just helps fuel further consumer piracy.

The first case against Grooveshark is understandable in that it is claimed that the digital music service has paid no royalties since entering a licensing agreement to stream music nearly three years ago. That it has taken three years to issue a lawsuit is somewhat amazing and EMI’s filing comes after three other major record companies; Universal Music Group, Sony Corp and Warner Music Group, all filing accusing Grooveshark of pirating thousands of songs.

Founded in 2006, Grooveshark claims 35 million users and has major adverting support contracts. It allows users to upload songs to their servers, which it then lets other users stream for free. A virtual ‘swopshop’. The music industry is starting to accept services like Spotify and Rhapsody that stream music by subscription, but Grooveshark is again different and operates heavily under the protection of the Digital Millennium Copyright Act.

Founded only last year ReDigi is different again and operates under the “first sale doctrine” legal concept, that allows users who buy a copyrighted item like a book or CD the right to sell it or give it away. ReDigi operates a ‘used music store’ where users upload unwanted songs and buy others at a discount. ReDigi claim that they can verify individual MP3 files were legally purchased and not ripped or downloaded from a file-sharing network. Interestingly the sellers must also install a ReDigi program on their computer that removes any copies of a song from the seller’s computer.

The case pivots on the claim ReDigi is infringing copyright in making copies of digital files as part of the process of uploading songs from a seller’s computer and transferring them to a buyer’s. EMI claim that, unlike selling a used CD, a used MP3 is theoretically the same as a new one and hence the infringement. ReDigi counters saying it is merely acting as a responsible marketplace. Again EMI is not alone and the RIAA (Recording Industry Association of America) has also sent ReDigi a cease-and-desist letter.

So we return to the question of opportunity versus restriction, or a glass half empty versus a glass half full. Digital files have been made different not by technology, but by unimaginative thinking, restrictive DRM and bad law that is no longer relevant to the times. We must all realise that just as like having different tax rules for the same product, having different consumer rights will just drive more honest consumers to cut corners and disrespect copyright. The publishers may protect today’s revenues, but in doing so may end up losing tomorrow’s and their customers.

Publisher be they music, games, ebooks all have to realise that the right to resell is a given and finding a way to allow that is a must. We already have digital rental and loans and restricting or denying resell is just plain lunacy. The resell markets could in fact blooster the price of the original sale and start to create value added ownership. It could even offer the independent bookstore a digital lifeline. The ebooks and publishing market is a very fragmented and getting consensus of vision let alone action is often a challenge in itself.
Posted by Martyn Daniels at Tuesday, January 10, 2012