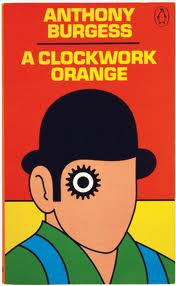 Remember those great vinyl album covers of yesterday? We have a lot to thank the recently departed Alex Steinweiss for in inventing the cover art form and to others such as Roger Dean for giving us artwork to equal and that was reflective of Yes’s music. Steinweiss not only created the art form, but in doing so had a demonstrable impact on sales. Ask any Beatle’s fan which is simpler, to name the tracks on any albums or describe the cover. Vinyl shrunk to CD and the jacket artwork started to become less important and metadata took over. As the album model migrated to tracks, the jacket became somewhat irrelevant and the track could now be sampled in a click without even the taster of the jacket.

Think about your favourite novel and what will come to your mind is not so much the words, the characters, but the jacket. Yes, a picture tells a thousand words and book covers have always sold books and enticed readers to buy. The image is that single snapshot that is designed to reflect the content. For the older generation this clearly also works for vinyl albums.

When we still have the physical cover artwork and typography we have the imagery, but will that be the case forever? How do we market and promote ebooks in a way that embeds the image and its association into the reader’s mind?

When you read an ebook the jacket is often lost. You may see it on the selection shelf, but on a click you open the book at page one and the text. They often don’t make it easy to see the cover. After all it’s the text you bought and want. If you return to your elibrary, it is often just a list of titles you see and in one click you are taken to the text. The magic of the graphically designed cover is often lost and it’s not as if you are reminded every time you pick up the book. As for the greyscale readers the image can change all together.

All this is understandable and is part of the digital change process but what is the impact?

Another interesting cover point relates often to print on demand titles. Today the print on demand rendition often borrows the physical jacket, but where it is a reissue this may not possible and there may also be rights issues. We may find a cover with straight text, not typographically designed and sitting on a coloured background. This standardisation of the jacket may work for academic monographs and education texts, but surely not for fiction.

So as move into a digital library world how do we get that imagery association? Is it important, or is it like the album cover a fond memory of how it used to be? Do we need artists and designers and if so how should their skills be channelled?

Perhaps I am getting old and too fond of yesterday?
Posted by Martyn Daniels at Monday, October 10, 2011