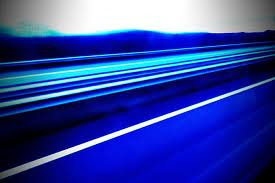 BT is set to launch a fibre optic service that is capable of delivering up to 300Mbps (megabits per second).

It may sound like a case for UK trading standards but it isn’t for everyone and will only be able to reach some UK homes by 2nd quarter next year but other are now being promised up to 80Mbps.

BT is to begin trialing the super-fast Fibre-to-the-Premises (FTTP) technology later this month but estimates that only a quarter of the fibre network will benefit. However its Fibre-to-the-Cabinet technology (FTTC), which uses copper wire to connect the street cabinet to users' homes and currently delivers up to 40Mbps is to double to around 80Mbps next year.

BT's Infinity FTTC service has however only around 200,000 users (including ourselves) so although demand exists it’s more of laying the network for tomorrow when users and media usage will demand faster speeds.

Currently Lithuania leads the European FTTP ranking with 26.6% of households subscribing to the technology, followed by Norway, Sweden, Slovenia, Russia, Slovakia, Latvia, Bulgaria, Estonia and Denmark. Staggeringly each of the top ten FTTP nations has a penetration rate of at least 6%.

Alternatives to BT in the UK are restricted by the its resistance and charges to open up its ducts and overhead poles to rivals, but if this were to be addressed there are some big players such as Fujitsu who want to move in with speed to fill the gap.

Just think 10 years ago we had a dirt track and tomorrow we will be ditching the super highway for a supersonic highway and with changing how we consume media and communicate.