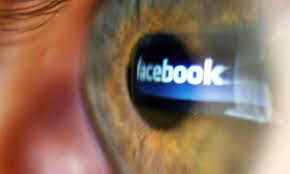 Today Europe vs Facebook points the finger at the social network site and once again asks many questions about the extent of personal data stored and its usage and archive. As Facebook’s European users are administered by its Irish Facebook subsidiary, the case is being driven through the Irish Data Protection commissioner, and falls under the Irish Data Protection Acts 1988 and 2003

The case is being brought by an Austrian law student, Max Schrems. Who requested personal data being held about him and discovered that the site had some 1,200 pages of personal data that he received on a CD. The amount of data was not the issue, but more disturbing was that much of what he received he claims had been deleted. This included rejected friend requests, actions he had taken to "defriended" someone, a log of all Facebook chats, photos he had detagged of himself and the names of everyone he had ever "poked",

The data also included some email addresses and other information he claims not to have never uploaded to the site, but which he assumes were gathered from another user's profile. Some would suggest enables Facebook to build ‘shadow profiles’ for people who may not even use the site.

Remember that even though you press delete, defriend, remove your data, it may never get cleared and could be stored for ever to be used in a manner you never intended.

Facebook says any user can download their "personal archive" and probably many may now start to do so.
Posted by Martyn Daniels at Friday, October 21, 2011