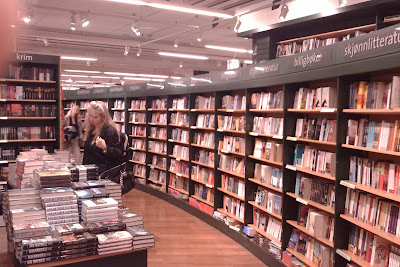 Norway is different but similar to many countries as it grapples with the challenges of a changing book market. It is assumed by many that they are inside the European Union but they are in fact like Switzerland and Iceland outside of the Union and voted by referendums in 1972 and 1994not to join. However, they are within other European entities and often have to follow the path set by Europe without the power of a vote. Obviously they have their own currency.

They operate a fixed book market which controls the price of a title for up to 15 months. Any title bublished with a calendar year can not be discounted until after April 30th the next year. So a title published say in October only has a fix price life of some few months. There is also a National Book Sale at the beginning of each year when unfixed priced books can also be sold in a similar way that the old National Book Sale took place in the UK under the Net Book Agreement. 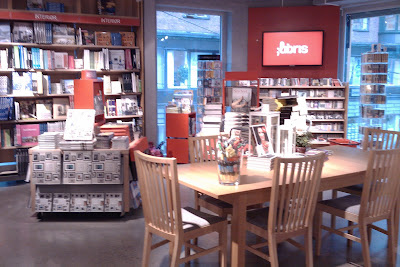 Print books incur no sales tax whilst all ebooks have a 25% sales tax. This is currently under a lot of pressure from within Norway as well as from the VAT changes and current harmonisation activity within Europe.

A further consideration in Norway is the vertical nature of much of their market. The major chains are owned by the major distributors who are owned by the major publishers. For example the large Scandanvian publishers Bonnier and Egmont own Norwegian publisher Cappelen Damm who owns distributor Central Distribution and bookchain Tanum. This market contruct works both ways but is seen by many outside of the verticals as unhealthy and by many within them as healthy. The one thing that is clear just walking around Oslo is that Norwegians love books and there are bookstores around every corner. There are some 650 store in the country and these are dominated by the chains Ask, Libris, Tanum and Norli. 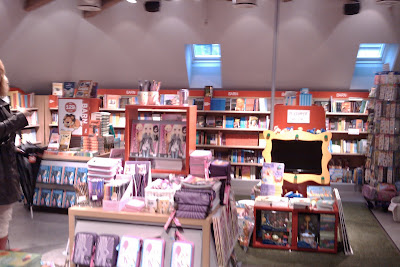 There are also no prices on the book jackets. 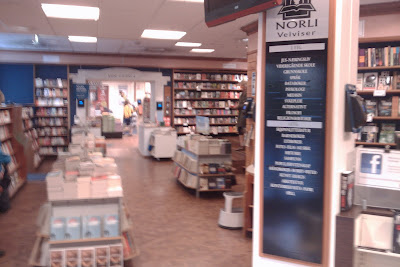 Digitally the publishers and booksellers have got together to create The National Bookdatabase which aims to accommodated all the Norwegian digital books and distribute these through the bookstores. This interesting initiative is to be applauded and if they keep control of their own indigenous literature and heritage then perhaps they are showing a way in which smaller countries should approach digital.
Posted by Martyn Daniels at Sunday, June 12, 2011