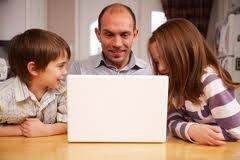 We live in a YouTube world which is one that changes how we interact with all media. We once listened, watched and read media, but today we increasingly adapt, sample, make and recreate it. From sampling music and repurposing it to films, social networking and expressing our views online, we now want to share media at a click and online.

However a new US bill, Senate Bill 978 could make the embedding copyrighted videos a crime, punishable by five years jail. The bill extends the existing laws on the reproduction and distribution of copyrighted works with the phrase "public performances by electronic means". Today it is illegal to reproduce or distribute copyrighted works by downloading them, but streaming has been classified as a "performance" rather than distribution and has therefore has been exempt. Under this change streaming copyrighted works will no longer be a misdemeanour and once the video has to be seen by at least 10 people over the course of 180 days and if the value of the broadcast is worth more than $2,500 and the value of the copyright licenses are worth more than $5,000 it will become a felony. Ok let’s accept that the 10 people in 6 months would appear to be a very low, if not ridiculous catch all, bar and we must also question the value threshold as also being so low in comparison to what the RIAA valued a tune in their litigations.

The bill aimed at streaming services, but as we migrate from downloading to streaming media this act could further expose the widening gulf between the media industry and the consumers who are often unable to see the rules with the clarity of others. We could also face the question of those who play the movies at home being at risk. What is also clear is that there is a new generation of users who do not share the same approach to copywrite and maybe the sick approach is not the answer as they potentially are the future.

The irony the route adopted is that it is very likely stimulate demand and make more aware for the already growing number of sites that stream videos and movies legally.
Posted by Martyn Daniels at Wednesday, June 22, 2011

Great blog. I'll be back to hang out.