Bye Bye Book Of The Month 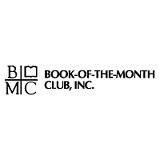 Remember those ‘Book of the Month’ Book Clubs, where you often forgot to send the unwanted title back and then spent an age sorting it out? Bertelsmann were the ‘Book club’ with the leading Book Club services in many countries and a club for every taste.

Today, the once giant club has fallen on hard times and laid the blame on the internet, Oprah, deep discounting and much more. The US Direct Group’s business alone has shrunk by some 75% from its peak. The truth is that they, like many others, thought the end would never come and they had a licence to trade for ever. Today the Direct Group has sold off most of its international subsidiaries, U.S., UK, Italy, Spain, Australia, Asia, and France, and plan to wind up the rest.

Webb bought up the UK BCA business and have proudly declared that they intend to increase sales by 30%, but after all that is easily when the beast is on its back and sales are rock bottom. Najafi Companies, a Phoenix-based private equity firm, have bought Direct Group North America and clubs such as the Book of the Month Club and Columbia House.

So what went wrong for what on reflection was an obvious internet service? After all they understood managing mail lists and direct marketing. They understood the book market and product mix. The had a diverse demographic of heavy book buyers and they did business from the armchair.

The problem was the model which was based on, locking members into buying cycles, dumping a book of the month on members and ‘twigging ‘. Twigging is were one starts with a branch, say History then that twigs into ancient civilisation, medieval, 20th century and so on and these can even twig further. They missed two significant changes; one that readers were becoming and probably always have been eclectic in their reading and secondly depth of range was becoming available in a click through the likes of Amazon. In fact Amazon is the new book club sending you alerts to titles you may be interested in and given you the range at your convience in a one click operation.

The challenges that the old Book Clubs that have not already adapted now face are huge and that is without digital content. However, their skills and ability to rise to the challenge is still possible as they still have a community or communities but will they understand that twigging is for the past? Will they open themselves up to discounting? Will they leverage their huge lists before they become inactive or die? Will they understand how to digitally direct market? Is it possible for them to step forward to take on digital rentals?

In our hearts we want them to change, throw out the old and antiquated business model and practices, but somehow in our heads we fear that leopards don’t change their spots.
Posted by Martyn Daniels at Thursday, June 16, 2011