Nokia Open Up A Patent Toll Both 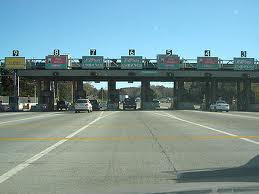 Nokia has announced that Apple will pay to use the their technologies, and finally ends a long-running patent litigation between the companies.

Apple will make an undisclosed one-off payment to be followed by further undisclosed ongoing royalties and although the figures remain confidential it is clear from Nokia’s statement that it is likely to be significant.

The development will almost certainly mean that other manufacturers using Google’s Android platform are now likely to have to pay Nokia for using the same set of patents. This could be beneficial to Apple who may have higher margins in which to play than their competitors and may also have less of an infringement to settle. Whatever the outcome Nokia has a new source of revenues and perhaps can now use this to move forward.
Posted by Martyn Daniels at Thursday, June 16, 2011