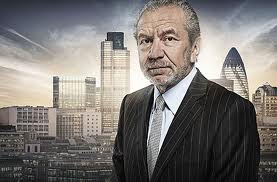 In the current series of the reality TV show, ‘The Apprentice’, Lord Sugar, set his would be entrepreneurs the task of developing an app and marketing it. The winner was not decided by the best app, the best launch pitch, or the work that went into the app. The winner was be the team that got the most hits in 24hrs and the factor that decided the result was down to one pitch to the leading app endorser, as they promoted the best new app each day to millions of consumers. The teams didn’t know that this was the ‘kingmaker’ ,but it did decide the winner. The moral being was that it is simply down to getting the backing of the man that matters, who influenced in biggest market and hey presto, you can have a hit even with a dog of an app.

Apps however aren’t for every ebook. Some publishers appear to want to use technology for technology sake, whilst others are happy to simply pour the print content unaltered into a digital jacket. However, digital often offers much more than these two extremes, but all too often it is the extremes that appear to be concerning many in the market today. We believe that digital is not constricted to the size of work and that 300 print pages may not be appropriate and that digital also offers new serialisation opportunities that may be far more appropriate to a digital work. Some would suggest that digital is not just about stuffing the unsuspecting book with games, interaction, video and technology in order to make it just ‘fatter’. After all, in many cases it’s the same book, same blurb and same stuff.

A major trade publisher we talked to recently has adopted a similar approach to developing apps as Lord Sugar. Perhaps they are followers of ‘The Apprentice’. This time the kingmaker is Apple and the do what Apple say they want to see in an app and to work with and exploit their technology. They the work with Apple to get their endorsement and hey presto, a frog can becomes a prince. So if you want success; forget what the market wants, forget what the author wants, forget the publishing input, forget the reader and do what Apple wants in order to show off on their iPad platform. This may be a simplified take on what was being advocated, but it is close enough to revive many ‘CD Rom nightmares’. It also begs the question, whether the dog is wagging the tail, or the other way around?

We found ourselves asking how many publishers had used focus groups on their digital developments, or were the simply listen to what the likes of Apple said they wanted and looking for their endorsement to push sales. Perhaps Sir Alan is right and the actual content and marketing doesn’t count nearly as much as being kissed by the likes of Apple.
Posted by Martyn Daniels at Wednesday, June 15, 2011