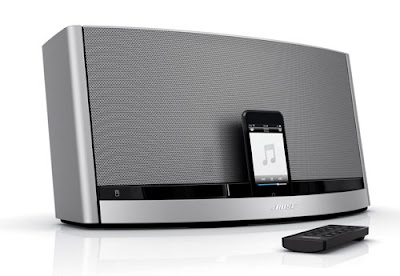 During a Christmas shopping expedition we went into HMV and discovered that the format has radically changed. CD Music was now at rock bottom prices, with the most expensive new hits being only around £8 and most music being available on a ‘2 for £10’ offer. The music merchandising was questionable, with narrow isles and back list on the lower gondolas ‘spine out’, whilst the eye level was devoted to a reduced ‘face out’ offer. Games, videos and accessories clearly now have the majority of floor space and music looks a very poor relative. The point was that it was hard to browse and the range was radically reduced. Ok this was just one store but it was in a major shopping mall at Canary Wharf.

The days of music stores on every High Street are long gone and now HMV carry the flag with a much reduced presence. Our music buying habits have also changed with online shopping capturing the vast majority of sales of CDs and obviously music downloads.

We now read that research by MyVouchureCodes claims, 56 % of people they surveyed believe that all music will be purchased in digital formats by 2014 and 21% believe the hardware to play CDs will no longer be available by 2015! Some 42% claim not to have purchased a CD in the past six months and 12% claim they'll never buy a CD again. This is supported somewhat by 66% claiming that they'd bought a digital music download in the last six months. In an aside, 33% believe the DVD will be obsolete by 2020, with 67% expecting all films to be downloaded or streamed over the web by the start of the next decade.

So are we seeing the demise not just of the CD but of the death of all physical music formats. Gone are Vinyl, cassettes, 8 track, mini disc and potentially now the CD.

The research interestingly conflicts with that reported earlier in the year by HP, who claimed that 64% of those surveyed prefer music on physical media and 73% said they could never see a time when they would have only digital media. This research also claimed 68% prefer photo prints to digital images and 75% would rather have a DVD than a movie stored on their PC. The significant result then was that 95% of those surveyed preferred books to ebooks.

Changes are obviously happening even within this year, but the perception of the speed of change can vary significantly.

The future of CD music looks doomed, with a clear contraction of the channel and the online instant download now competing head to head with a dispatched product. Device attention has clearly shifted from disc to MP3 and one only has to look at the myriad of docking players to see that playing device change is happening at speed. A good old friend Trev Huxley once said that music trends were dictated by car rental companies, who when they shifted their specification from Cassette to CD, killed the cassette. Recently we were offered a rental car with inbuilt iPod/Phone docking and no CD player!

As the physical music format disappears, will we want to buy a virtual collection of downloads, or simply copy and share them with friends? Streaming services are the next big thing both in film and music and online gaming is growing at a phenomenal pace. It is therefore obvious that these demand services, such as Pandora and Spotify, are going to, challenge today’s prices further, potentially question the whole current purchase model and change our ‘ownership’ culture.

We must remember that Book publishing still does not have a credible strategy or solution between the renting an ebook for free from the library and buying it from a reseller. As we have already suggested in our article last month, ‘Public Libraries: Back to the Future’ there appears one simple solution to this problem.

As ebooks become more widely adopted, will the market economics fuel further digital shift as it has in music, or do we believe that books are different?
Posted by Martyn Daniels at Sunday, December 12, 2010

A really great analysis of music industry and i think the copyright laws should be implemented there strictly and online downloading should also be banned to protect the bread and butter of the musicians who work hard to create a new thing for interesting videos and information u can visit @ http://www.toronto.pk