eBible Delivered on a Digital Tablet 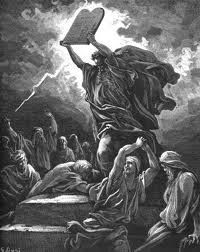 First there was the tablets of stone that came down from the mountain, there was of course the Dead Sea Scrolls, the Guttenberg Bible and throughout all ages Bibles and religious publications have dominated publishing. Now a little over a month after releasing an online rendition of the new NIV Bible, Zondervan has now launched a eBible rendition.

Zondervan will also partner with Biblica for a Christmas promotion aimed at donating up to 30,000 Bibles to India. In a Christmas ’Buy one, Give One’ campaign, Zondervan will donate a New Testament of a Hindi translation based on the new NIV for every digital eBible sold. Zondervan also plans to release more digital products based on the new NIV, including more eBooks and apps during the next year.

So the bible will now be delivered once again on tablets but this time digital ones.

We identified in our original Brave New World report some 4 years ago that religious publishing had a great opportunity in the digital world not just in the type of material and being able to enhance the reading experience but also in being able to spread the word. Devices such as the new breed of Tablets now also enable illuminated manuscripts and rare texts to be shared and enjoyed by a wider audience.
Posted by Martyn Daniels at Friday, December 24, 2010