Can Authors Now Do It Digitally Themselves? 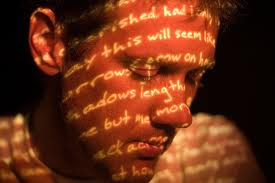 Is this is the long-awaited dawn of creative writing, where digital not only redefines the book, how it is created, developed, promoted, distributed and rewarded, but also stimulates writing and creativity itself? We have seen the generation shift from watching film and listening to music to making them, so are we going to see an equally significant shift in writing? Some will say it has happened and everyone now can express themselves and communicate with others without paper and the need of a publisher. Others will say that there is still the need to be ‘published’. Relationships are already starting to change and the disintermediation that many predicted is now starting to take some interesting twists and turns.

Whatever happens there will always be two key entities – the authors who create and the readers who consume and pays. The gap between them is now narrowing.

Music, film, TV, newsprint have all see intermediaries hang on, but in all the landscape has changed around them and the reality is that they have had to adapt to the fact that their world’s no longer revolve around them. In the late sixties, George Martin claimed that the album was the menu and the concert was the meal. How little he probably realised that he was predicting the music industry 50 years into the future. There will always be those artists who need a support system and are happy to just be artists, but there is now a growing band of artists who want to control their own brand and make their own decisions. Evolution is happening.

Digital technology and network communications start to create a level playing field and one which many authors can do more, control more, earn more and importantly get closer to their readers. It may not be for all but it will be for an increasing number of authors of all levels.

In the world of print, few authors could afford the money, time and effort to support the publishing process. Publishers were manufacturers offering editing, cover design, marketing support, accounting and reward in the form of royalties. However, they often outsourced much of the back end distribution to others, merely retaining the ‘creative’, sales and marketing control and also the rights management.

Physical books still dominate and authors still find they needed the publisher’s clout and resellers and fulfilment agent’s infrastructure in this channel. Self publishing has to date been in the hands of aspiring authors and has been looked down on by many as the great unwanted slush pile. However, digital has the potential to turn publishing on its head. The charts will still matter to those whose model demands high volume but will matter less to those who seek different goals and have a different model. Tomorrow’s self publishing could become tomorrow’s reading list.

We have seen authors such J.A. Konrath and Seth Godin and estates such as Ian Fleming and even agents of lucrative back lists start to take control of their rights, self publish or control their own publishing and sign up with better economic models that offer them more reward. Why shouldn’t an author start to collect 70% of the sale price, compared with the current model’s offer of figures often less than 80% of that? Once an author takes control of their back list, what stops them doing it to their front list? The publisher’s fixation on new titles may well become their Achilles’ heel.

We have seen creative authors such as Kate Pullinger and Michael c Milligan, who change how and what they create and develop their novels and even use a collaborative creation approach. If publisher’s eat took control of such creative processes would we face new and complex questions as to exactly what rights belong to whom?

Amazon's Digital Text Platform and Barnes & Noble’s PubIt are examples of platforms that now let authors sell their works through major digital bookstores. The author can receive anywhere between 50 and 70% of the sale price.

Digital books are still only a small fraction of the market but by positioning themselves now authors may find a freedom that will not be available under a tethered contract in which the publisher demands both physical and digital rights.

Neil De Young, executive director of Hachette Book Group's digital division is quoted in the LA Times, Book publishers see their role as gatekeepers shrink,‘We continue to be the venture capitalist for authors, helping them to distribute their works as widely as possible. Now we do that digitally as well as physically.’ Some businesses need venture capital, some don’t and many want to only use it for a specific period and not for life. Authors are no different and publishers may wish to reappraise how they see their relationships if they want their books not to be viewed as commodities and themselves as mere gamblers.

Social networking has only just started to influence the book world but if it were to replace what some see as the manufactured bestsellers that often exists today and create social demand and connection with titles this could remove yet another layer of support provided today.

The Internet is opening up new ways for writers to connect with readers and potentially redefine the relationships that exist today. The big question is who will add the value to stay as an intermediary, or will the authors simply bypass them all and connect direct with their readers?
Posted by Martyn Daniels at Monday, December 27, 2010

At first the VC analogy rings true, but when you analyze it further, it falls apart.

VCs provide (surprise!) capital! But the very point of the digital age and POD is that capital to print publish is negligible. Before it cost about $15,000 to make a print run of 5,000 books. A poor writer didn't have that, so he went to the "VCs" - the publishers.

However, now it costs less than $1,000 with POD and digital. The main expense an author might face is hiring a designer to make a nice cover (or an editor if he doesn't know how to write).

So what does a publisher have left? Distribution? No. Amazon/BN.com removed that barrier.

They could argue that they provide marketing - that does take capital. But the publishers only give serious capital to their top 1% of the authors. The rest have no real capital for marketing.

So the publishers are like a VC who doesn't provide meaningful capital. Who the hell needs that kind of VC?

Their only hope is that they bundle marketing and promotion with every author they sign up.

They better do that fast. Once eInk is a default screen choice on laptops, the traditional publishers will be dead.

Publishers continue to drag their feet when it comes to ebooks, particularly when it comes to their pricing schemes. They are putting themselves at risk by refusing to rethink their business models.

In this era of blog ,we easily get nice & updated information for research purposes... I'd definitely appreciate the work of the said blog owner... Thanks!