Have We been Googled? 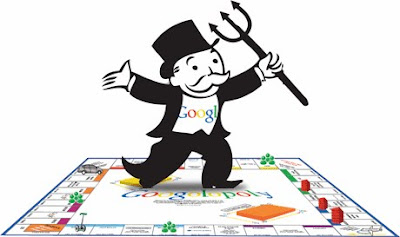 At Frankfurt in 2009 we attended the Google announcement on Google Editions. At the time it was somewhat overshadowed by the debate over the Google Book Settlement. Now some 14 months later the settlement may remains in limbo but Google Editions has finally reappeared ready to go live this month in the US with the UK and others lined up for next year.

Google Editions is about turning the mass of material they collected through their scanning programme, plus the files given by publishers, as well as the less sensitive book search venture, into real money. This is where all the hard work gives a potential return and not only provides ebook sales but potentially much more. Scan the book, index it, store it and serve it up as an ebook or POD file to all the channels globally. You then have a repository and search capability second to none.
You then add advertising revenues and the wealth of user access and usage information and rights information that could trip through a Rights Registry you have a goldmine and potential category killer. Someone once said that the English Channel Tunnel was a pain to build, but once achieved, who needs to build another one?

We will ignore the obvious question on orphan works and presume that these will be excluded at least until Judge Chin’s decision. There may well be many questions raised when the books actually hit the market and interest parties start to search the repository. We also heard a rumour that when a publisher mentioned that certain books were a problem due to inside picture rights, they were merely told not to worry, as these would be blanked out. Again we will have to wait to see the implications.

So what’s different about Google Editions? First, it’s a cloud based service which doesn’t support downloads and merely serves up files via any web browser. This is a very logical route which makes interoperability a reality and starts to undermine the need for DRM. You don’t need DRM when it never actually leaves the warehouse and the user device is merely rendering it through a browser. This also starts to raise the issue about ‘ownership’ If a title is not downloaded then ‘ownership’ is totally dependant on a persistent access to it for many years. This starts to raise questions on the price and value statement and to some begs the question as to whether the model should be rental or subscription based. What the difference is between retail and libraries when ownership is virtual. Finally, in raising the ownership question we must remember that Google aims to service all channels with the same files.

Offline reading will not be restricted to being connected and like others Google aims to address this through cache memory. Who supplies the readers to achieve this is an interesting point, but no doubt partners will fall out of the sky as thick as the snow in the UK today, as everyone clambers to be seen.

The other difference offered by Google Editions is its planned appeal to independent bookstores who will see it as their opportunity to go digital. A bit like many Marketplace offers, Google will allow bookstores to be mere agents and sell ebooks off their own clients, community and brand. Some suggest that systems such as the ABA’s Indie Bound are lined up and that the UK’s BA will follow. This will certainly get bookstores involved in ebooks but has to be watched as all other marketplace deals have tended to raise the cost of doing business once they have cashed in on the clients, community and brands. Independents will line up in a beauty contest alongside all comers and although Google will probably offer some localised shopping service everyone is in there together.

Whether they will integrate voucher services such as their rumoured interest in Groupon remain to be seen but as voucher services and social networking grows it will be interesting as to who Google actually ends up accommodating and like Adwords at what price?

We all have travelled abroad to discover Google knows exactly where you are. So if we buy a book in the US and go to the UK will the book access go with us or be restricted to the countries in which it is read?

Finally some see Google Editions as a means to start to address Amazon’s dominance of the digital market and on paper it ticks all the boxes but the proof of whether we have been Googled will be dependant on their application and how the public react and find it.
Posted by Martyn Daniels at Wednesday, December 01, 2010

What makes you say a cloud based system is logical? One of the real strengths of eReaders and smart phones is you can download books while connected and then read the book anywhere-- even on a bus or in the subway. I live in the DC area, and I can tell you the cloud is not easily accessible while on the metro.

The cloud makes a nice place for an archive, but I want the books I'm reading always available, even during a power failure when my wireless network is out.

today we are becoming increasingly connected 24x7 and in being connected it is logical to do business on demand. Streaming services such as Spotify have proved music doesn't need to be downloaded and can be served up on the move. Netflix and others are moving towards video on demand so why should books be different? If anything they are small in file size and easy to cache so on and off line become transparent.
If we demand to access the internet on the move then serving up media on the move is equally logical.