So which One is Pink?

The interesting diversity of, cultural, creative and commercial conflicts once again surfaced in the courts yesterday. Pink Floyd won a court ruling against EMI that prevents EMI from selling the band’s single downloads on the Internet from the their concept albums. Pink Floyd signed with EMI over 40 years ago and sales of its back catalogue is only only surpassed by The Beatles.

EMI are embroiled with trying to retain their big bands in this shifting power struggle between artists and the music production companies and many such as Radiohead have already voted with their feet. In this latest battle EMI had successfully applied for a news blackout for reasons of ‘commercial confidentiality’ so many of the details remain on the ‘Dark Side of the Moon’.

Pink Floyd successfully challenged EMI’s right to unbundle the band’s concept albumns and sell them as individual tracks online. The case rested on a contract forbidding EMI from selling records other than as complete albums without written consent which in the words of the judge was to “preserve the artistic integrity of the albums.” The judge ordered EMI to pay Pink Floyd’s costs, estimated at £60,000 and also refused the company permission to appeal. 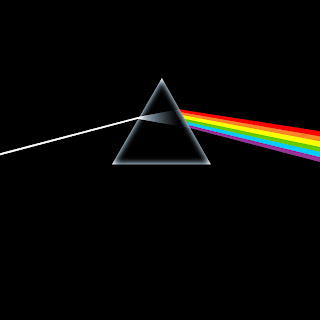 The case is obviously about the contract but it is also about moral rights and the artist right to say no. We may not like artist power and all long to have ‘Money’ or 'Us and Them', as our ringtone. But if the artist says no and we should respect that, even if it fly’s against commercial gain or technology. Floyd probably don’t need the money, they already have the recognition, they may be happy to even give their work away and we must respect that their 1973's 'Dark Side of the Moon', in which tracks merge, has already sold an estimated 45 million copies.

The verdict means the band's music may now have to be taken down from the iTunes online music store. It highlights that the envisage world of mash ups (customised books) and customised texts may have some interesting challenges ahead.

Today JK Rowling refuses to render her work into ebooks and so be it. The Beatles have made a digital download stand.

Perhaps that’s why they are who they are and create what they create.
Posted by Martyn Daniels at Friday, March 12, 2010