The New Research Order is Zotero? 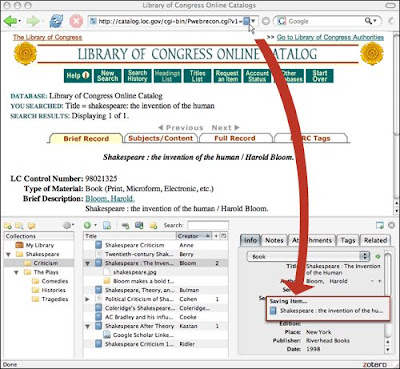 The world of academia, STM and professional publishing used to be so simple. Paper ruled the way and with it huge corporate created additional metadata services which often locked the institutions into an extended business model. The more scarce the resource the higher the ticket; citations, referential linking, summarised notes etc where often the glue that bound this world or these worlds together.

Then came online which initially re enforced the needs, enriched the services and made them even more valuable. Even the initial open access salvos failed to really deflect the model. What could ever go wrong?

Firstly the technology changed and was democratised making it easier for anyone to do what was difficult before and importantly reducing the scarcity of some of these added value services. Then came a culture shift which questioned commercial service models especially when applied in publicly funded institutions.

This last few days I have read much about a service called Zetero established by Zotero Center for History and New Media at George Mason University. It is funded by the United States Institute of Museum and Library Services, the Andrew W. Mellon Foundation, and the Alfred P. Sloan Foundation and its aim is to replace the traditional reference built to manage offline research.

Zotero is a free, open source extension , that enables researchers to collect research citations and manage bibliographies and references when writing essays and articles. On many major research websites it can detects when a resource is viewed and can save the full reference information. Users can add notes, tags, and even their own metadata.

Look for yourself by clicking to view the impressive tutorial.

Why have we been reading all about it? Thomson Reuters claim that Zotero's developers reverse-engineered Endnote and that Zotero hosts citation style language files that were converted from Endnote’s proprietary style format, in violation of the EndNote licence and are sueing the Commonwealth of Virginia.

Whatever the outcome it has certainly raised the awareness of many to the open source tools that are now being developed aimed at changing the old order and bringing in the next generation of research tools.
Posted by Martyn Daniels at Monday, September 29, 2008

It's not an impressive video tutorial to someone just beginning to use computer technology for organizing research data. My research was done with pen and index cards many years ago.

It assumes background knowledge not intuitive or even known by many people, me included.