Panorama – Are the Net Police Coming for You 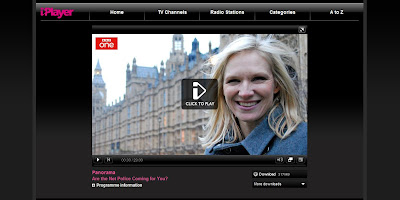 Last night the topical BBC news programme reported on the proposed Digital Bill going through parliament and asked what is impact is likely to be on the controversial three strikes rule.

Prohibition never solves mass social issues it merely drives it underground. It’s also clear that technology is more than capable of adapting to hoodwink and deflect the monitoring of file downloads. It’s amazing that although you can go to the likes of Google, which ‘advertise’ the offenders, enter a search and be connected. You can go to sites who provide files and operate under ‘safe habour’ rules which when notified by a rights owner will take up the illegal file after the horse has bolted. Yet governments believe they should go after the people in the middle, the ISP providers, who just provide the pipe and the owners of the connection, who pay the bill.

The reporters demonstrated that tracking copyright infringement could be a nightmare with the broadband owner being responsible for access that is almost impossible to control. They analysed the downloading habits of a ‘typical’ three children family and a group of students at university and the level of illegal downloading was significant. However they also showed how easy it was to steal ‘secured’ wifi access and use dynamic IP addresses. The point being that the serious infringers will bypass the law which is likely to catch the unsuspecting and the guardians. Making parents, guardians and providers of WiFi access hot spots, institutional accesses responsible for something they will find difficult to control.

Musicians interviewed were clearly divided on the issue but the debate appeared at times to be more about the role record companies and the machine than the artist.

The hypocrisy is that at a time when broadband is becoming a basic right and creativity is sought, the use of the service is being potentially strangled by a law, that is targeted not at the source, but at the user and will create uncertainty and apprehension where freedom and confidence are needed.

If you are able to watch BBC iPlayer click here to see it.
Posted by Martyn Daniels at Tuesday, March 16, 2010

Too right.
The only safe way to use the net is NOT use it. But the Gov can't say that so they make it impossible to use.

Frighten first then pass a law to curb it.

Both sides﻿ of the argument are right.
Maybey if they do this for new media which protects it for somewhere up to 5 years. This way people get their money when they realease the work, then after about 5 years things slow down, & new things have come along anyway.
So people can buy it when it comes out, and you have the added benefit of people discovering it later, which you wouldnt otherwise, and it will still be availiable to buy.
Protect the fad, without upsetting the interest or future fans.
Please pass this idea on if you think its a good one.